Often when a development proposal comes along, ratepayers groups hope to stop it from becoming a reality and keep their neighbourhood the way it is — essentially killing two birds with one stone.

A recent development proposal for Dunfield Avenue, southeast of Yonge and Eglinton, will provide such an opportunity, but with a twist.

The proposal itself comes across like any other: two towers near Yonge and Eglinton, one 28 storeys and the other 26, and adjacent to a few other highrises with potential to cast massive shadows — or just walls — over neighbouring homes.

But here’s where it differs: the proposal isn’t for condos. It’s for rental apartments.

While not unheard of, this most certainly is a rarity, especially in midtown areas where local councillors have often complained about the lack of affordable housing as home prices and new condos rise together.

But with some recent reports suggesting it’s now just the home prices that are rising while the condos are starting to fizzle out, the door could be opened for some real change in the way our neighbourhoods are built.

Sure, this might come as good news to many ratepayers groups who spend a great deal of time and money fighting developers.
But it also leaves the developers in a pinch.

So maybe building more apartments is the future for developers.

Think about it. With condos, developers make a large one-time payout and then move on to another project. They lose the large payout in building apartments, but they gain a smaller, more consistent payout in rental income.

Imagine you can’t afford your mortgage. Do you sell your furniture to pay it this month, some family heirlooms for the next, and so on until you have nothing left and still can’t pay the bills? Probably not. But you probably do find new ways to make money, even if that includes downsizing.

In essence, going from buildings to condos might feel like a downsize for the developers, but it would be a good business move if the condo-building industry kicks the bucket.

Developers stay in business, and our neighbourhoods get more affordable housing.

It’s a good way to solve two problems — kind of like killing two birds with one stone.

Women reps on the rise 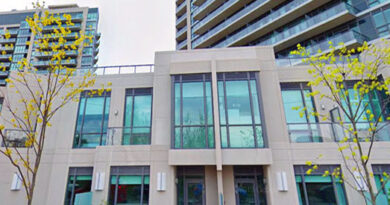