He also sees Ford’s new office as being quite limited in the scope of what it can accomplish.

“The reality is that he’s only the mayor,” Oliphant said. “The mayor does not set the whole agenda for the city — can’t do anything unless he or she can build a workable coalition amongst the councillors to get something done.”

Though Ford’s powers may be limited, Oliphant said that a mayor still needs to ameliorate the problems in our city such as the subway system. Like Ford, Oliphant said he supports the idea of subways.

But Oliphant, currently the Liberal Party’s critic on multiculturalism, worries that Ford will disregard other areas of the city, such as the Thorncliffe and Flemingdon neighbourhoods, which he says are high needs, under-serviced areas of his riding.

“I don’t know whether Rob Ford could find them,” he said.

Though there remains doubt in Ford’s reign, Oliphant said he is sure of one thing: the city can’t move ahead without federal funding.

“Toronto is the engine that drives the country,” he said. “There needs to be federal money here to build a subway that works. The Liberal governments of the past didn’t do enough. The Conservative government of the present is not doing enough.

“You can’t build a city without federal money.”

End of the line for Transit City? 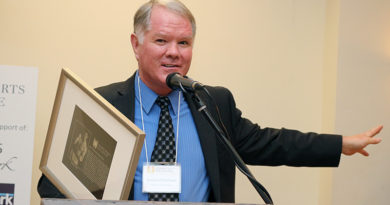