A 21-year-old man arrested near Yonge Street and Summerhill Avenue in December for the robbery and murder of a man downtown has now been charged in connection with a similar robbery near the scene of his arrest.

Calvin Michael Nimoh was arrested Dec. 15 just an hour after police alleged he stabbed 39-year-old Mark Ernsting several times during a robbery attempt while the Ryerson cancer researcher was out for an evening walk.

In late December police said charges against Nimoh would be upgraded from second degree murder to first, after the sequence of events in the homicide indicated the murder was premeditated.

At the same time, police said Nimoh was facing additional charges of robbery, aggravated assault, and weapons dangerous. These charges stem from another robbery Nimoh is alleged to have taken part in two hours before the murder of Ernsting.

In that case, police say Nimoh, along with two women, approached a 65-year-old woman near Yonge and Summerhill, stabbed her, and stole her purse. The woman was taken to hospital with serious but non-life-threatening injuries, was treated and released.

Police arrested two women on Christmas Eve and charged them both with robbery, aggravated assault, and possession of property obtained by crime. Charged are 24-year-old Tia Thompson, and an 18-year-old girl who cannot be named because she was 17 at the time of the robbery.

Thompson is also facing charges in connection to the murder of Ernsting. She has been charged with accessory after the fact to murder and obstructing police.

Police say Nimoh will face the upgraded charge and additional charges at his next court appearance, Jan. 7. 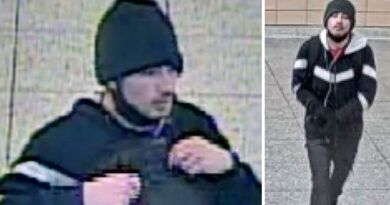