Toronto’s latest police station is a mixture of old and new for the boys in blue.

The new home of 11 Division at 2054 Davenport Rd. was originally built in 1912 as the first Carleton Village Public School and is a designated heritage landmark. It’s also in the process of gaining a silver rating from the Leadership in Energy and Environmental Design, according to 11 Division’s unit commander, Peter Lennox.

While features such as a green roof and grey water catchment basins have been added, the brick façade of the old elementary school has been maintained and some rooms are still available for community use.

“For the residents in this area, this building was precious to them,” Lennox said. “To the greatest extent we can, we have kept the old Carleton Village Public School-area public.”

The station’s front desk still resembles a school foyer, which Lennox said is a pleasant change to the cramped confines of their old station on 209 Mavety St.

“It’s more welcoming than the other place, which was not welcoming at all,” Lennox said.

At the old station people would have to lean over the front desk in the small foyer in order to report a crime. The foyer of the new station now includes a room surrounded by clear, floor to ceiling glass to allow those reporting a crime to be seen by others in the station, but not overheard.

Though the Town Crier was not granted access to all areas of the station, Lennox was able to show the comfortable new soft interview rooms, used for taking victim statements, and some of the new office space. Some desks were shared by up to six officers at the old station.

The new station’s location at Davenport Road and Osler Street was part of 12 Division until recently. To accommodate 11 Division’s new home, its borders expanded northward.

The division also assumed part of 14 Division’s territory while giving up its previous portion of Parkdale south of Queen Street.

“Parkdale should not be policed by two police stations,” Lennox said. “It’s a very active, self-aware community. It needs one police division to police it.”

Due to having more territory to patrol, the number of constables at 11 Division has increased by 28 percent. Lennox, who’s previous job was “catching good guys” as unit commander of the police employment office, said he is proud to announce the new station can house more police officers, particularly female officers. In fact, the wall separating the male and female locker rooms can actually be moved to accommodate more females as the make-up of the force changes.

“The other building opened in 1958,” Lennox said. “That was almost 20 years before women got guns on the job.”

Visible from the station’s lunchroom patio, which overlooks the green roof, is a parkette to the west of the station. Lennox said in early 2012 the parkette will be dedicated in honour of Constable Percival Cummins, a former officer at 11 Division who 30 years ago, was murdered on Sorauren Avenue with his own gun.

“He’s the only member of 11 Division who has lost his life in the line of duty,” Lennox said. “We’d like to keep it that way.”

Members of 11 Division are also doing their part to help keep people in the community warm this winter. Officers have organized a clothes drive that will collect items and donate them to various social agencies in the community.

“This is the third time they’ve put together a clothing drive for disadvantaged people in the community who would be cold otherwise,” Lennox said. “Hats, mitts, gloves, scarves, hoodies and socks are the things they’re mainly focusing on.”

The clothing drive will run until Dec. 10. Donations can be dropped off to one of the local libraries or to the new station. 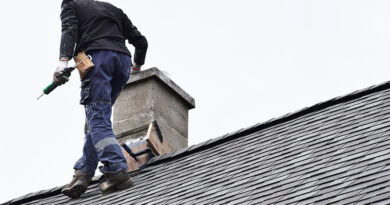 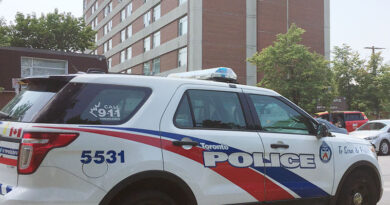