She quit her job at IBM eight years ago to do what she loves: write.

Cathy Marie Buchanan’s career change has not only been a happy, but a wise decision, as the Riverdale author’s first novel, which debuted this month, is already an overwhelming success.

Heath’s seemingly conservative and dull life changes one fateful night when she meets rough-around-the-collar Tom Cole, who lives off the falls and because of that is a threat to the power companies.

She began five years ago, with Buchanan spending four months prior to it researching Niagara Falls’ history.

“I grew up surrounded by the history of the falls,” says Buchanan, who was born and raised in Niagara Falls. “All those stories have been percolating for years … the love of my hometown.”

While the mother of three published stories in such literary journals as The Antigonish Review, Quarry and The Dalhousie Review, Buchanan never quite reached the fame she deserved for her writing.

That all changed with the novel’s release.

In a short time, the HarperCollins-publication has reached wide acclaim in Canada and US, and will be published in early November in the U.K. and Italy. This month Buchanan’s book debuted #31 on The New York Times best sellers list, and unlike most first-time writers it has been picked up by American bookstore giant Barnes & Noble.

“It goes beyond a traditional love story,” the biochemistry graduate says about her book, which includes several images of the falls.
The allure of the Falls isn’t lost on Buchanan, who lived there until she went off to university. She still has family there and whenever is in town makes a point to stop by Canada’s natural landmark.

The magic of the water, combined with the Falls’ history from daredevil rescues to debates on the hydroelectric power of the great wonder, always captivated Buchanan.

“Despite seeing the Falls thousands of times, I’m still amazed by their magnificence,” says Buchanan, who has already written 100 pages of her second book, a historical fiction set in 1880s Paris.

And did she always know she wanted to be a writer?

“No,” Buchanan says, with a hearty laugh.

She was the one who got semi-acceptable marks in her high school English class. Yet after taking a few after-work creative writing courses several years back, the love of writing took a hold of her.

She’s been smitten ever since.

“When my agent called saying HarperCollins was publishing it in Canada … I was thrilled to death,” she adds. “I was dancing around my office.”

The engineers and computer techies at IBM are no doubt proud. 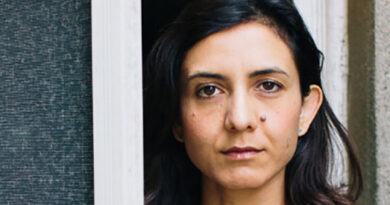 How the Junction got its groove back