The NDP representative came out strongly against the idea of a casino in the Portlands, saying it would increase crime, cause congestion and undermine local businesses.

Toronto and East York Community Council held the meeting to consult with the public on the idea of a Toronto casino and to hear from city staff the possibilities of rezoning to allow a casino in the district.

At least 38 speakers registered to share their thoughts, with Tabuns being first.

Tabuns said he went door to door to about one-quarter of the households in the riding and the majority of those constituents rejected the idea of a Portlands casino.

“They see a proposal that will increase addiction problems and crime in our city,” Tabuns said. “Our best estimate of their sentiment is that 70 percent of them reject the [Portlands location].”

Of the remaining 30 percent, only 10 percent supported a casino, with the rest undecided.

He said many were concerned about the temptation of a casino on their doorstep, while others shared childhood experiences of gambling having a detrimental effect on their family lives.

It would also create further gridlock in a city already struggling with car congestion, he said.

“If you put in a huge car dependent suburban mall style casino in that area, you’re asking for more congestion and more urban problems.”

While the casino could create jobs internally, he believes it would hurt local businesses and would act as a “vacuum cleaner stuck in our collective wallets,” Tabuns said.

Tabuns has the support of Ward 30 councillor Paula Fletcher, who has been involved with a yearlong acceleration study for the Portlands.

“The cart is definitely before the horse here,” Fletcher said in an interview later. “They’ve looked at what they want rather than perhaps what the needs of the city should be.”

Most of the speakers were anti-casino, with notable exceptions from the Canadian Gaming Association and the local Carpenters Union.

Bill Rutsey, CEO of the Canadian Gaming Association, urged council to look past the rhetoric and seek the facts on casinos, but was criticized by Ward 14 councillor Gord Perks for not bringing facts of his own.

In a press release promoting their new website, www.torontocasinofacts.ca, the gaming association says the casino would be “too good an opportunity to pass up without taking the time to get informed.”

According to Rutsey, only the CNE grounds and a downtown location adjacent to the convention centre have been considered.

“The mayor himself said the Portlands is a (possible) location, so of course I’m concerned,” she said.

If the gambling complex wasn’t welcome in the eastern waterfront, it may not find much support in the west either.

Resident Margaret van Dijk, who has lived in the Queensway area near the western lakeshore for about 30 years, said a casino would bring jobs to the area, but not desirable ones.

“The jobs they are most likely to bring are organized crime, loan sharks, fraud, drug pushers, pimps and prostitutes,” she said. “And I don’t want them in my neighbourhood.”

Tabuns said it’s important to note ongoing public consultations for the Portlands have been underway, and unilaterally imposing a casino on the community would stymie the public process.

“There are good plans in place to develop the Portlands in a way that will boost our film industry and reinvigorate the waterfront,” he said. “A new casino would damage those plans.”

Fletcher moved to ask staff to return to community council with additional planning information on Nov. 6. 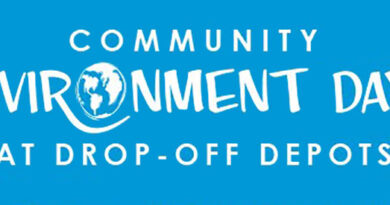