Beach residents are trying to halt a condo project until the city has a plan in place to fix residential water and sewage basement flooding.

The Beach has been prone to storm water and sewage basement flooding and some residents are concerned development intensification on their street will only exacerbate the problem.

The Kew Beach Neighbourhood Association organized a protest Nov. 6 and 7 when the developer started pre-sales of the yet to be approved condo project.

The city has started environmental assessments, but it could be four to six years before long-term solutions are found and money allocated to fix ageing sewer infrastructure, according to Dicaire, a beach resident.

“We are being told pipes will be replaced but it will cost millions of dollars. We are asked to wait for surveys and studies that are necessary,” she said. “(City) work has to be done before you let any developments go in, so we are saying halt.”

As part of the application, Longo Development submitted a storm water management plan, which the city reviewed.

Apparently they were satisfied, as city staff recommended city council approve the project.

In addition, Councillor Sandra Bussin asked that the developer’s storm water plan to be peer-reviewed when the issue went to community council Aug. 17. The development application comes back Dec. 10, which is the next community council session after a long council meeting rest due to the election.

The developer is also doing a hydrology study on groundwater, said Howard Goldstein, a partner in the development.

“We will improve the (flooding) situation and not exasperate it,” Goldstein said Nov. 9. “We want to demonstrate we won’t add to the problem.”

With no city decision on the project so far, Longo Development appealed to the Ontario Municipal Board with a pre-hearing set for Dec. 1.

“We did appeal as a pre-emptive measure,” said Goldstein, adding they are trying to avoid a full OMB hearing.

Bussin said council will likely have to vote for or against approval in December as a full OMB hearing could be scheduled for February.

Not everyone in the area wants the project halted, as some neighbouring condo boards have sent letters of support.

No more hockey, no more skiing 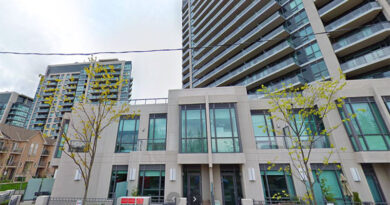 Ford fights back to allegations of libel