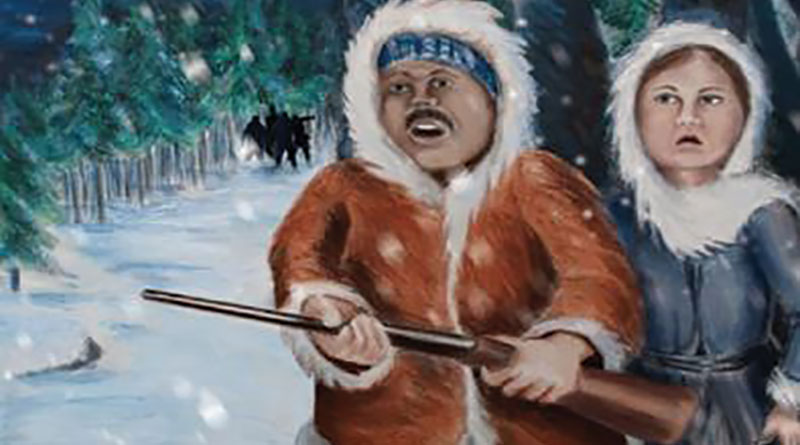 At the beginning of the past century, the Yukon was North America’s last wild frontier of fast riches, sudden death, rampant crime and (sometimes literally) dog-eat-dog survival. At least that’s how it is portrayed in Toronto writer Mark C. Eddy’s quick read, No Time to Bury Them.

It’s 1907 and the Klondike Gold Rush has waned, leaving the Royal North-West Mounted Police overseeing the declining towns of gamblers, broken families and murderous gangs. In Dawson, the north’s crown city, the Mounties have fallen under the sway of a criminal kingpin, Eric Morgan. He runs the town and he plans a half-million-dollar gold heist.

Never fear, for reformed-alcoholic-turned-Dudley-Do-Right Mountie Richard Carol in nearby Fort MacCammon plans to stop him.

Much of the novel deals with the trek of Carol’s small force through the icy woods and over the frozen rivers. All the way he is playing cat and mouse with Morgan’s men who fight to prevent his patrol from reaching Dawson alive. This is the best part of the novel. It’s a gruelling, exciting story, reminiscent of Jack London’s tales of survival, except here the most dangerous enemies are human.

And they are human. Eddy mixes chapters from the perspectives of Carol and the leader of his opposing force, Morgan’s lieutenant Azarov. Carol and Azarov struggle not only to outwit and kill each other but to maintain control of their own groups under desperate conditions, dealing with rebellion and betrayal. When the focus is on Azarov, cold killer as he is, we actually side with him against his even worse challengers.

Not that much time is spent on interpersonal dynamics in this novel. Backgrounds and relationships are sketched out quickly and never really develop much beyond that. There is just about as much nuance to the characters as you get in the average television cop show. Just enough to make us root for the good guy to overcome his personal demons and defeat the bad guys.

The attention is on the back-and-forth chase in the unforgiving, snow-bound landscape. The plot takes several twists readers will not see coming.

Less successful is the city part of the showdown. Frankly, the narrative of one man facing down an evil empire strains credibility — though it should please many a reader.

Panegyrics to the north’s police force and to the future of the Yukon under its guidance, put in the mouth of our most noble officer, don’t help. They sound as though the writer is trying to make amends for portraying some Mounties as corrupt. He pretty well admits this in an author’s note at the end.

Eddy needn’t be so sensitive to the feelings of the 150-year-old force. He should trust to his ability to spin a compelling story of action and doing right in a harsh land over a century ago.