The Supreme Court of Canada has reserved judgment on whether technical irregularities in the May 2, 2011 federal election are enough to send voters back to the ballot box.

An Ontario judge voided the federal election results for the riding in May after determining 79 votes were invalid due to irregularities. Opitz won the riding by 26 votes.

On July 10, Conservative Ted Opitz’s lawyer Kent Thomson argued before Chief Justice Beverley McLachlin that an election shouldn’t be overturned due to “trivial errors” because it could disfranchise Etobicoke Centre voters.

Former MP Borys Wrzesnewskyj disagrees saying the decision has ramifications not only for Etobicoke Centre, but also for all of Canada.

“The really critical part of this goes beyond Etobicoke Centre,” he said. “Something went seriously wrong in the last election … and we now have an opportunity to fix the system.”

The Conservative Party of Canada did not respond to requests for comment from the Town Crier.

However, Opitz did release a statement in which he said he was disappointed in the Ontario judge’s verdict.

“The judge has found problems with the way that Elections Canada ran the election in this riding … This is not about me,” the statement says. “It is about [52,000] people who followed the rules, cast their ballots and today had their democratic decision thrown into doubt.”

Wrzesnewskyj said Elections Canada should be better resourced and there needs to be more oversight. He believes previously, many people assumed occurrences such as improper balloting didn’t happen in Canada.

“That can no longer be the working assumption,” Wrzesnewskyj said. “Some pretty significant changes need to be made, legislatively and also in terms of procedure.”

The Supreme Court ended its spring session on June 10 and was not scheduled to begin its fall sitting until October. Opitz wanted to argue the case in October, but Wrzesnewskyj urged the Supreme Court to convene earlier.

Wrzesnewskyj is hoping the Supreme Court of Canada will come to a decision as soon as possible.

“It strains our democratic fabric when you have someone in the House (of Commons) voting … and you don’t know who the elected member is,” Wrzesnewskyj said. 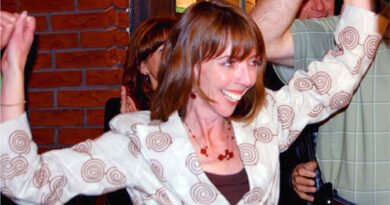