Robert Galway stands on the street on a chilly but sunny Sunday morning staring at what appears to be a makeshift hockey rink.

Actually, it’s the former location of a stately home in Galway’s Baby Point neighbourhood, a home that up until recently stood next door to the one-time residence of Maple Leafs’ fabled owner Conn Smythe.

Until Nov. 30 when bulldozers drove in, the makeshift “hockey rink” was an Arts and Crafts-style home, built in the 1920s. Months ago, when the owners of 66 Baby Point Rd. applied to the city for a demolition permit, it was granted.

It should not have been, Galway contends.

Once a hobby, protecting these Baby Point homes has now become a mission for Galway, a longtime resident of the area.

Concerned his neighbourhood could be vulnerable to developers, Galway is attempting to make Baby Point a heritage conservation district.

He is among a core group of residents in the west-end neighbourhood trying to raise $25,000 to $50,000 to hire heritage research experts for a study of the area to see if it is worthy of heritage protection.

Since all of Baby Point, an enclave near the Humber River, consists of about 170 homes, the financial burden is too much for the property owners to bear alone, Galway says.

“We are ready to go with the guidelines but the process is contingent on getting at least 50 percent of the funding (for the study),” said Galway Feb. 15.

Galway estimates it will cost at least $24,500 to complete a study for phase one and two documenting about 130 properties west of Humbercrest Boulevard and including most of Baby Point Road, Baby Point Crescent and L’Estrange Place.

Found all around Toronto, heritage districts protect and enhance the character of properties in a designated area.

The character is established by overall heritage quality of buildings, streets and public spaces.

With the designation, alterations and changes to a home or commercial property are subject to a different set of rules and guidelines.

The demolition of 66 Baby Point Rd. was a real wake-up call for the 150 residents who opposed the tear-down, said Galway who helped form Baby Point Heritage Foundation last August.

Galway has started taking photos of all the homes in the area and compiling details on when the houses were built, by whom and who lived there.

And he’s gathering data on the rich history of the community originally an Iroquois Seneca Village known as Taiaiacon.

The land lay vacant until about 1816 when James Baby settled here. Baby was a member of the powerful upper elite Family Compact — a group individuals who had huge political influence in the 19th century.

Baby Point really started to form after Baby sold the lands to the government for a military fortress and army barracks that never materialized, Galway explains.

The government in turn sold the land to local developer Robert Home Smith, who started the new subdivision around 1910.

Galway is convinced if the area becomes a heritage conservation district down the road property values will be protected or even rise.

He cites a report by Robert Shipley for the University of Waterloo that shows that in HCD areas like Rosedale and Wychwood that property values have increased over time at a better rate than communities without heritage districts.

“Property values are protected or rise at better rates than other areas,” he said.

Local councillor Sarah Doucette is hopeful some substantial money may be available through council’s community benefits from local developments.

There are currently no approved heritage districts in her ward. 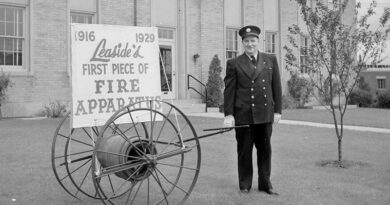 The bad streets where you live