Toronto Hydro is bracing for a spike in power usage this year as new residential condos continue to multiply in the downtown core and east end.

Faced with a 58 percent jump in electrical connection requests in the past three years, the utility is warning that hydro stations are nearing their capacity.

The challenge is to connect buildings to the local grid, but the additional load may also prove to be burdensome on the aging infrastructure, much of it past its projected life expectancy.

While most of the building is taking place in the downtown core, the same challenges are slowly affecting the eastern end.

“You’re seeing a lot of growth in the Leslieville, Beaches area with condos going up,” said Tanya Bruckmueller-Wilson, a spokesperson for Toronto Hydro.

Currently, Toronto Hydro is still able to meet the demand in the area, but neighbourhoods continue to experience power outages due to regular equipment failure, Toronto Hydro supervisor Paul Papoutsis explained during a tour of a hydro substation near Danforth and Main, one of 45 such stations across Toronto.

One of the utility’s oldest substations, the Danforth location was built in the 1950s, and distributes power locally to the TTC and residential homes in Ward 32, Beaches-East York.

The system works well, says Papoutsis, but it’s not without problems. Between 2007 and 2011, the ward suffered 125 power outages. The main cause for interruptions was equipment failure.

To receive, reduce and redistribute low-voltage electricity, the substation requires three floors of equipment, including switchgear, relays, and breaker systems.

More modern stations in Scarborough and Etobicoke use equipment that is a fraction of the size and more reliable, says Papoutsis.

Though some parts in the Danforth facility were replaced and upgraded two years ago, a substantial amount of equipment dates back to the ’50s and ’60s.

“We are not any different than other utilities but because of the way these things were built, they require some special challenges to operate,” said Papoutsis.

New equipment for Danforth Station alone would cost hundreds of thousands, says Bruckmueller-Wilson. It’s those and other grid modernization costs that led Toronto Hydro to apply to the Ontario Energy Board for a rate increase approval.

In January, the board denied Toronto Hydro’s cost of service application to hike rates by about $5 a household, and requested they come back with a different application.

“Basically it means waiting for something to break and then fixing it, which we believe is not the right way of fixing it,” says Bruckmueller-Wilson.

In addition to that application, Toronto Hydro is also working on a funding application for urgent projects, such as the proposed Bremner hydro station. To be located adjacent to the Roundhouse, the station would provide relief to the nearby Windsor Station, which is almost at capacity.

Many people aren’t aware of the issues on the grid, says Bruckmueller-Wilson.

“To some people it’s a surprise, so part of our role is helping people understand what we need to do and what it’s going to cost.” 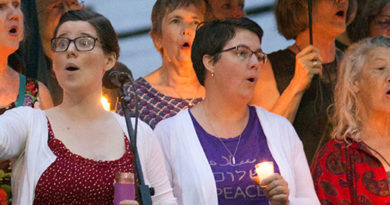 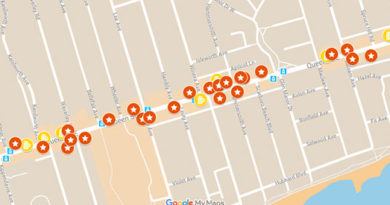