If you read a recent newspaper investigation into living standards in retirement homes, you won’t soon forget what it found.

Seniors left for hours in urine-soaked, or feces-filled diapers. Seniors wiping themselves with hands or a common towel because there was no toilet paper. Meagre food, with the barest of protein contents.

That’s not me talking. That’s the Toronto Star, whose report triggered a predictable wave of outrage from Premier Dalton McGuinty.

But McGuinty’s own government rammed through an extremely weak bill dealing with seniors’ care in the spring. New Democrats asked about it. But true to form, the Liberal government brushed concerns off and passed the bill unchanged.

And seven years after the McGuinty Liberals came to office, wait times have increased 129 percent for senior care. That’s right. Just as the baby boom generation starts to retire, it’s getting harder to get people into seniors’ homes — with grossly negligent care when they arrive.

In fact, the Liberals take cracking down on bad nursing homes so seriously, their regulations have been in the works for three years. They are still not in effect. When they do, we’ll have private regulators overseeing private nursing homes. The regulating body will be dominated by the industry itself.

This was a bad idea in the spring when the NDP tried to fix it. But none of the 92 amendments we put forward — including things like making information homes have to provide prospective residents free — was accepted. Industry self-regulation is a bad idea today.

Perhaps after the stinging Star investigation, McGuinty will see fit to listen to the opposition for a change. I’m not holding my breath, but if there’s one issue he shouldn’t play politics with, it’s how our parents and grandparents live in their retirement.

After a lifetime of building our province, seniors deserve better than the squalid conditions in which they are forced to live. They deserve dignity and comfort, and an independent, government-run regulator to crack down on unethical, nursing home slumlords.

They — and those of us approaching our golden years — need action, not spin, from this Liberal government.

For all the seniors in homes in our community, and throughout Ontario, it’s time for a meaningful inquiry into the quality of care. And time for McGuinty to accept responsibility for the appalling conditions permitted under his watch. 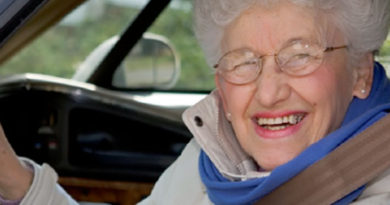