A public piano in Sunnyside Park is helping to bring people together with impromptu performances by masters and amateurs alike.

In honor of the 2015 Pan American Games, 41 pianos have been placed around the city by CIBC, each painted to honour countries participating in the games. The pianos, emblazoned with the phrase “Play Me, I’m Yours” are free to be played by anyone.

The Barry family recently discovered the pianos, and is on a quest to play them all.

“I think it’s brilliant,” says Monique Barry, a music teacher and songwriter who took her daughters to play the piano in Sunnyside Park.
“Having them around lets anyone play them, which really brings back the idea that music is for everybody.”

Barry’s daughters played classical pieces by Debussy and Beethoven for their audience of sunbathers and beachgoers. Barry says it was scarier to play the piano at Trinity Bellwoods park because of the larger crowd.

“Playing outside is beautiful,” she says. “And this whole thing is about bringing people together right? It’s definitely working.”

The pianos are part of a project by UK-based artist Luke Jerram called Play Me, I’m Yours, the idea for which came to him while at a laundromat.

“No one ever talked to one another, but there were these invisible communities,” he says. “A piano seemed like a good way of getting people talking. One hundred years ago, everyone had a piano at home, so it was natural. The pianos act as a blank canvas for expression, so whether you play Chopsticks or Beethoven, you can be a performance artist.”

The pianos are to remain in Toronto parks and public spaces until July 31.

Art deco among us 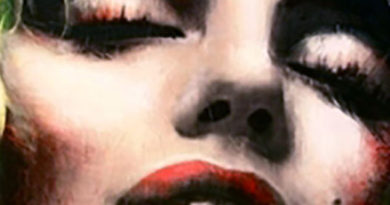