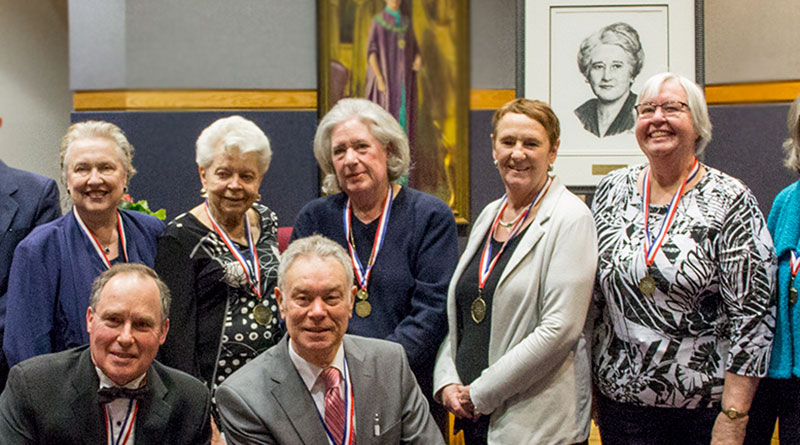 As the 25th recipient of the Agnes Macphail Award, Carol Burtin Fripp is fully aware of the ceremony’s significance.

“If you don’t have ceremonies like this, then people forget,” Burtin Fripp told the audience at the East York Civic Centre on March 24. “It’s important to commemorate and recognize what the roots are for where we are now. If you forget your roots then you don’t really know who you are.”

Along with Premier Kathleen Wynne, MP Rob Oliphant, and Councillor Janet Davis, the audience included past recipients, including Lorna Krawchuk, a volunteer reader at VoicePrint; Sheila Lacroix, who focused her efforts on cyber-bullying; and George Hurst, who volunteered at Touchstone Youth Centre to help kids in crisis.

“It’s nice to be among the people who have already won it and continue to do great work for East York,” Burton Fripp said. “I was pleased that so many came to the event.”

Agnes Macphail was an activist who fought for the rights of women, seniors, and the underprivileged. She was the first woman elected to the House of Commons, in 1921. Macphail’s contributions include reforming the prison system and fighting for gender equality and the rights of the working class.

“She changed the rules of societal norms,” MP Rob Oliphant told the audience at the Civic Centre. “I can only imagine the type of causes she would take on today.”

Macphail maintained her involvement with the community until her death in 1954. To commemorate her legacy, East York council created the Agnes Macphail Award in 1994. It celebrates an individual’s contributions to the East York community.

Contributions of 2018 winner Burtin Fripp include developmental proposals and traffic studies, while acting as co-president of the Leaside Property Owners Association. Her involvement began when she was elected to the LPOA in 1976 and worked to limit heavy traffic to ensure the safety of East York residents, including that of her sons, Eric and Will Fripp. She remains active in the issue.

“Activism never really ends,” Burtin Fripp said in her speech. “The work of Agnes Macphail is something we all try to emulate.”

There is a small section at the East York Civic Centre where past recipients picture hangs, which Burtin Fripp will now join.

“Fame at last!” she joked. “It’s nice to be recognized after all that work, and it continues to be work, but it’s worth doing.”

Oliphant said the award represents something people want to live up to.

“I think the award doesn’t just honour people for what they have done but encourages them to keep doing what they’ve been doing in the future,” he told the audience.

Davis said she considers the award ceremony an opportunity to recognize people for their work in advancing the same goals Macphail had as an elective representative.

“It’s a chance for the community to come together and recognize the leaders who really have made a difference in the lives of residents and our community,” she said.

The award comes with a donation, made to a charity of the winner’s choice. Burtin Fripp presented a $2,500 cheque to the East York Learning Experience, which helps adults in East York, East Toronto, and West Scarborough who struggle with their literacy skills. 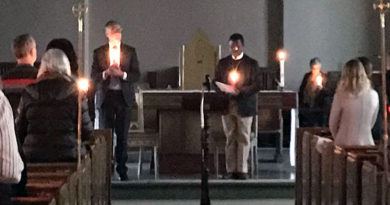 Vigil held for those lost in New Zealand mosque shootings 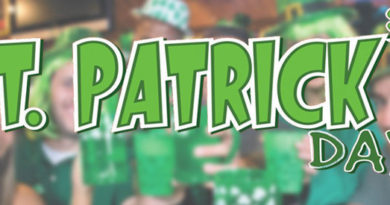