The Columbus Centre has received a $916,000 grant from the federal government to produce an educational exhibit on the internment of around 700 Italian Canadians during the Second World War.

“We will be able to increase understanding of the interment experience,” said project director Lucy Di Pietro. “This chapter hasn’t been heard due to the desire for some to forget this dark period and its negative impact.”

The centerpiece of the project will be interviews with 50–75 people who interned or were affected by the experience.

“We will collect personal memories of internees’ family members,” she said. “These video histories will form a national inventory and archive.”

Joining the archive of videos will be photographs and other related resources to illustrate the interment during that period of wartime.

The exhibit will be installed at the Dufferin Street and Lawrence Avenue West centre and will include a place for visitors to watch the interviews for themselves said Di Pietro. The videos will eventually be made available online.

Maggie Pancaro Pallotta’s father was interned in Camp Petawawa and although it is a sad memory, she believes people should learn about what happened.

“A lot has been written already and being in a centre like the Columbus Centre, it will shed light on it because I’m sure some (people) don’t even know about it,” she said. 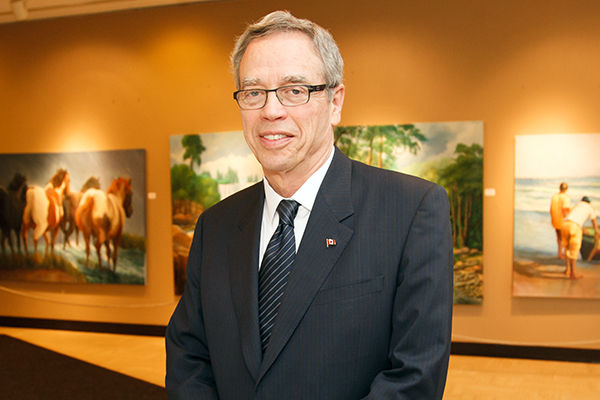