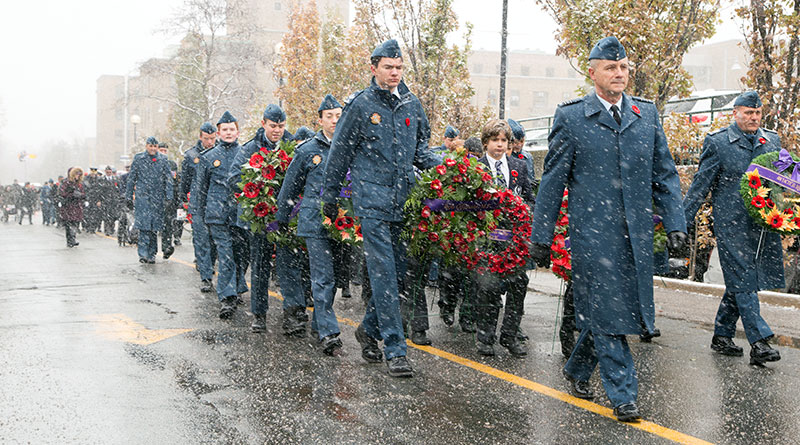 Across our communities today, Torontonians remembered the war dead and surviving veterans in moving ceremonies, including at the Sunnybrook cenotaph on Bayview Avenue in midtown.

Veterans and their families attended a Remembrance Day service in Warrior’s Hall at Sunnybrook Health Science Centre, along with government representatives and Legion members this morning, before many of them braved the first snow storm of the year to join the laying of the wreaths outside.

Dozens of active duty members, cadets and veterans paraded through the snowfall to the cenotaph.

They marched to the sound of bagpipes, alongside thousands of Canadian flags planted all over flower beds by the sidewalks.

The previous day on Nov. 10, about 47,500 flags had been planted around Sunnybrook by volunteers to bring  Remembrance Day joy to veteran residents.

One hundred flags were planted for each of the veteran residents in the Sunnybrook Veterans Centre in a program dubbed Operation Raise a Flag, which raises funds to support Sunnybrook’s veterans program. 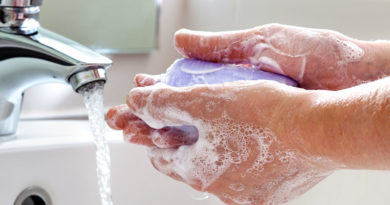