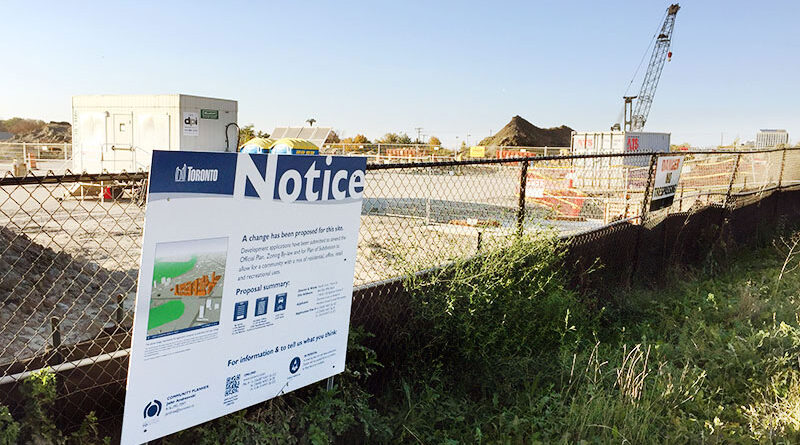 Don Mills residents are at a court standoff with the city over changed plans for a recreational centre in the area, while both residents and the city consider a compromise offer from developers.

The residents group Don Mills Residents, Inc. is appealing a decision of the Ontario Superior Court of Justice in June, which sided with the city in its re-allocation of funding and resources for a larger recreational project closer to Eglinton Avenue East.

“DMRI is currently appealing the June 2, 2021 Ontario Superior Court decision regarding the original 49,000 sq. ft. Community Centre at 966 Don Mills Road,” the group says on its website. “[Our] lawyers and DMRI contend the judge made several serious errors in law.”

The court decision was based on Section 37 of the Planning Act, which allows for funding to be used for alternate projects that the city determines benefit the community.

The alternate site at 844 Don Mills Rd. was chosen because, with the construction of the Eglinton Crosstown LRT and its Science Centre station, the Don Mills Corridor is expected to add 25,000 new residents, with about three-quarters concentrated around Don Mills and Eglinton.

A regional community centre represents only a fraction of building plans in the area, within a massive housing development in the works around the intersection. Introduced in 2018 by Aspen Ridge Homes, the 60-acre project called One Crosstown will consist of 400 townhomes, 16 contemporary-style buildings, 700,000 square feet of retail space and a 100,000-square foot recreation facility.

But on Sept. 20 the developers CF/Realty and CF/Lantera offered to also build at their own expense a “community use space” of up to 19,000 square feet on the first storey of a proposed building at 169 The Donway West, just northwest of the original Don Mills site.

This would give Don Mills residents their own, albeit smaller, community centre, while allowing the larger regional centre to be built near Eglinton.

In return, the developers would be allowed to increase the height of the proposed Donway West building.

Don Valley East councillor Denzil Minnan-Wong, who is also deputy mayor and has supported the building of the regional centre, thanked the developers for their offer and asked for an extension of the offer until after the Dec. 9 city council meeting.

The DMRI, however, is concerned that in accepting the offer it would have to withdraw its appeal and have no further say about the 966 Don Mills Rd. site staying in the public domain.

The group is polling residents on its site on whether it should accept the offer, accept it with conditions, or reject the offer.

Some residents in the neighbouring Flemingdon Park area are looking forward to having a new, larger community centre built close to Eglinton.

Melron Pinto, a postgraduate student at Seneca College who has lived in Flemingdon Park for two months, calls the proposed centre a good addition to the area.

“Instead of sitting at home, we could go out, maybe enjoy another game and meet other people,” Pinto said. “My body responds to the positive experience by releasing endorphins. This is what makes me happy.”

Longtime Flemingdon Park resident Frank Fung says he hopes the new recreation centre will bring benefits to both Don Mills and Flemingdon communities. But he is concerned the project is “not needed, because we already have two schools in this area — in Flemingdon Park — and it’s a busy intersection, so it might not end well for a few.”

Flemingdon Park is home to other recreation centres, including the Dennis R. Timbrell Recreation Centre and the Angela James Arena.

Some online users under the library branch’s Google listing complain of aggressive and unruly teenagers on the ground floor, where patrons come to study or find peace. One user writes that the library should utilize its second floor for teens.

— with files from Rodger Burnside

Where will a new Don Mills arena go?