The good news is that the job won’t take nearly as long to complete as what businesses suffered through when Roncesvalles Avenue and St. Clair Avenue West received their respective makeovers.

The not-so-good news is that it will likely be several weeks yet, maybe months, before Bloor Street West, between Runnymede Road and the Humber River, is finally restored to its previous state of orderliness.

It’s been a long, hot summer in more ways than one for merchants and the customers who patronize their businesses in the Village. Not only has the city suffered through one of its hottest seasons on record, but those who are drawn to Bloor West Village have found themselves forced to maneuver heavy equipment, lane closures, oversized pylons, restrictive fencing and major sidewalk reconstruction that, taken collectively, has made getting around a bit of a challenge.

Not that we’re complaining, mind you.

Anyone who had spent more than five minutes strolling Bloor Street West Village up to the point when construction started last autumn, witnessed first hand the unsightly mess it had become. Notwithstanding the hyperbole of real estate agents who market adjacent residential neighbourhoods, there was nothing “trendy” or “upscale” or “gentrified” about the mess that the infrastructure along the Bloor Street West commercial strip had become.

It was a disgrace, plain and simple.

Thankfully, we’ll soon begin to enjoy the cosmetic change. Our sidewalks will soon again be safe to walk, and Bloor Street West itself will be a smooth-grade thoroughfare. (Enjoy it while it lasts. In today’s cash-strapped Toronto this will likely be the last infrastructure upgrade the Village experiences for another 20 years or more).

But if you’re expecting much more than new sidewalks or a fresh coat of asphalt, forget it. There’s little evidence to suggest that anything bold or creative will be added to the mix. And for that you can thank the business umbrella group, the Bloor West Village BIA, for its failure to step up and add a dash of something new and refreshing to our local urban landscape at a moment when the time is ripe to contribute something special, given the major reconstruction that’s going on.

Infrastructure renewal projects of the sort we’re witnessing only come along periodically. You either seize the moment, or you find yourself applying band-aid remedies somewhere down the distant road.

In other words, the idea is to integrate extra improvements while the integrating is good. To date, there’s nothing to suggest there might be something bold in the works — even something as simple as attractive community notice boards or genuine decorative lighting.

Fact is, the Bloor West Village BIA has been feeding from a trough called “Canada’s First BIA” for too many years. Its sidewalk sales are stale and passé, and faux events like Octoberfest are poorly organized or attended. Were it not for the annual, late-summer Ukrainian festival there would be little (except for the dwindling presence of a few unique small businesses) to draw outsiders to the local retail business community.

And we thought BIAs were in the business of boosting the revenues of their retail members. Silly us.

We’ll say it again. The good news is that Bloor Street West is receiving a long-neglected infrastructure makeover.

The not-so-good news is that the local merchant community and its leadership has failed to seize this opportunity to re-do the consumer attractiveness of the Village itself. 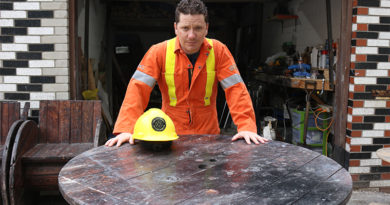 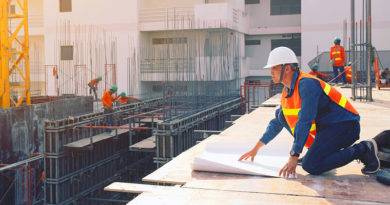