Leigh Meadows had to buy her son’s safety after he endured years of torment at the hands of schoolyard bullies.

In October, the High Park parent transferred her nine-year-old from a local public school to a $20,000-a-year private school in Mississauga just to remove him from a situation many parents dread.

For five years, Meadows said, her son was regularly taunted and teased by a gang of his peers. School officials tried, she said, but ultimately did little to help. Eventually, the emotional toll became too much.

“He was starting to injure himself at age nine in fear of going to school and no one believing him and no one helping him,” she said.

Though she ultimately took matters into her own hands by removing her son from the school, Meadows attended a police town hall meeting Dec. 13 to find out what Toronto schools and authorities are doing to help families facing similar situations.

Bullying was the theme of 11 Division’s town hall meeting, held Dec. 13 at Bishop Marrocco/Thomas Merton Catholic High School. A school official, a representative from Kids Help Phone, and police officers were part of a panel discussion to address questions and shed light on the hot-button issue.

The event also included a performance and talk by Canadian musician Robb Nash, who has been touring schools across the country to raise awareness and help students — victim and bully alike.

Though every school functions differently, Bishop Marrocco vice-principal Lisa McGuckin said in her experience, the most effective means to dealing with a bullying problem is opening the lines of communication. That means working with victims to make them comfortable enough to speak out and get help. She stressed the importance of three-way communication between student, school authorities and parents.

Many don’t realize that those identified as bullies often don’t know the impact their actions are having, she said.

“They have to be educated on what it is, so that they understand, because if you’re going to discipline without knowledge, then they’re never going to know what they did wrong, or how to fix it next time around,” she said. “When it comes right down to it, the intent wasn’t necessarily to hurt, it was just to deflect their own situation or their own pain.”

While it’s a step forward, non-punitive actions can have their own limitations. Some schools, like nearby Western Tech, employ a restorative justice program, where the victim and bully are involved in mediation. However, the student identified as the bully must agree to participate.

Addressing the panel, another parent in the audience said she was enraged when school officials at her son’s downtown school segregated him from activities rather than the bullies.

Speaking as a parent, McGuckin encouraged the woman to speak out to school authorities.

Parents have other avenues of help, said 11 Division’s Constable Robert Tajti, including Kids Help Phone, and officers who work in school and youth bureaus at their local police division.

McGuckin also noted legislation is being considered that has more powerful consequences for those proven to be bullies.

After performing his song “Bullet”, Nash spoke about the difficulty in reaching every student. The frontman for Live on Arrival has spoken with hundreds of students since embarking on a motivational speaking tour in September.

“It’s torment for us, because we leave schools and sometimes we do get a message on Facebook: ‘Hey, I’m still getting bullied,’ ” Nash said. “We can all get involved but at the end of the day you can’t make choices for students either — they’re going to have to step up.”

Nash’s approach is also an attempt to get through to the bullies themselves. Echoing McGuckin, Nash said bullies must also be recognized as a troubled individual in need of help.

He says bullying is pervasive in schools across the country. Several times he and bandmates have received suicide notes from students who have been carrying them just “waiting for someone to push them over the edge,” he says.

He’s seen some major breakthroughs, and heartbreak. Nash said he recently attended the funeral of a student from a school in Edmonton where he had recently performed.

Meanwhile, Meadows said she won’t be putting her son back in the public school system any time soon.

The transformation in him post-school transfer is a huge relief, she says.

“I have a child that eats now, and sleeps and doesn’t cry anymore and he likes learning,” she said. “I have a completely different child.” 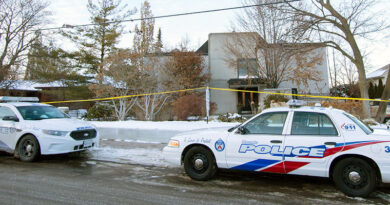 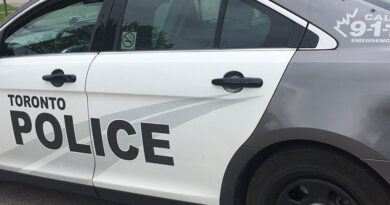 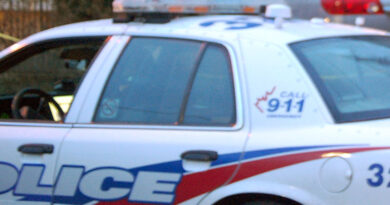