Santa Claus is coming to town and he’s bringing an extra reindeer with him.

Hamper, a fictional blue-nosed reindeer who acts as the face Centre 55’s food-drive campaign, will once again serve as mascot for the Beach’s annual Hamper’s Santa Claus Parade.

Bands from local schools, including Malvern Collegiate, will be marching in the parade as well as members of the Toronto Beach Chorale.

“We’re gathering the troops to come out and sing,” said Verena Von Stritsky, a founding member of the singing group. “We have stuff that’s outside our normal repertoire that we do in the Santa Claus Parade because, of course, it’s really hard to walk and sing in four-part harmony.”

The singers meet weekly to rehearse numbers such as “Jingle Bells” and “Santa Claus is Coming to Town” under the guidance of conductor Mervin Fick. According to Von Stritsky, her favourite part of performing in the parade is the reaction from the children.

“They get so excited when they can sing along and they know the words,” she said. “That’s why we do things like ‘Jingle Bells’.”

Many kids will be excited to find out that the theme of this year’s parade is candy canes and that they will given away off of the Centre 55 float. The special events and volunteer coordinator for Centre 55, Nancy Culver, said she expects more than 40 floats to take part in the event.

“We already have some floats signed up,” she said. “We have some new floats this year so it’s going to be very exciting.” 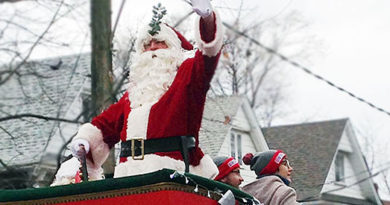 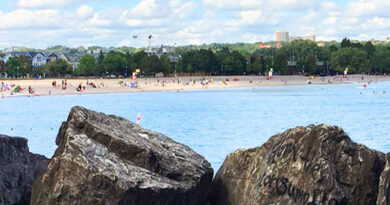