Davisville Village, get your skinnamarink on.

The trio burst onto the scene in 1978 with the release of an album of children’s songs. A TV show, Sharon, Lois and Bram’s Elephant Show, aired on CBC from 1984 to 1999, to the delight of children all across Canada.

Matlow will bring his motion to East York Community Council on Sept. 10, while also requesting that a sign be erected in their honour — in the shape of an elephant.

Matlow recently shared with the Town Crier an anecdote about what prompted him to put forward the motion.

“I live in the Davisville Village area, and I was walking down my street, and I noticed there was an elephant mailbox in front of a house,” he said. “I thought, how unusual, and I did indeed discover the house was owned by Bram Morrison.”

Not only does Morrison live in the Davisville area, but Hampson does too, and not far away is Lilienstein.

Morrison, 73, was in Italy at the time and was unable to chat about the naming of the playground, but Hampson, 70, expressed delight with the nod from Matlow.

“This was a complete surprise,” she said of Matlow’s motion. “It must have been born in Josh’s brain.

“It’s a lovely idea and we’re touched by it.”

Hampson acknowledged it’s not a done deal, admitting the troupe is “holding our excitement in reserve.”

“We’re immensely honoured by the idea and how nice to be connected to a playground, since all of our work was with children and families,” she said.

“I’m thrilled,” she said, adding she’ll have her son and his family up from California for a possible sing-a-long at the naming.

Resident George Defabrizio, who was walking through the park to the Davisville Tennis Club Aug. 30, said he appreciated the soon-to-be motion.

“I’m cool with that,” he said, then upgraded his comment to “pretty cool” upon learning the trio was comprised of local residents. And a look of pleasant surprise lit up his face when he heard all three entertainers live close to June Rowlands Park.

When it comes to something pleasant from one’s childhood, after all, everyone has an elephant’s memory. 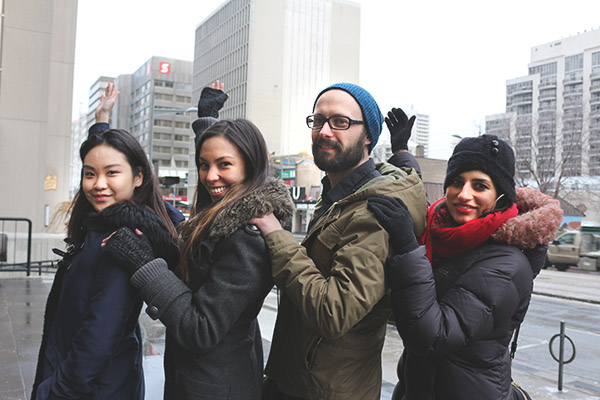