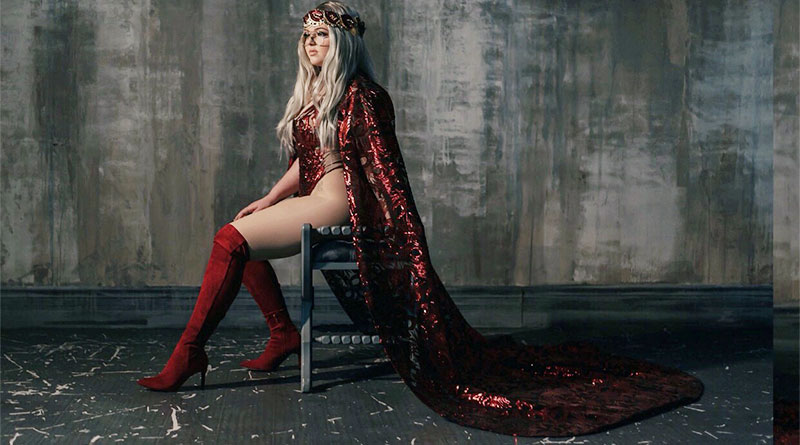 Although she’s been singing in the mirror since she was 12, it was the death of Locklyn’s father Tony that pushed her further to reach her dream of singing.

The 19-year-old former Windfields and Don Mills resident has distilled all of her raw creativity and emotion into a new album, Rel8te, released March 8.

It’s a nine-track catharsis that channels her influences of Beyoncé, Fergie and Adele. Taking a page from those chanteuses, she’s dropped her surname.

She had been singing her favourite songs in the mirror as a tween while using the stereo remote as a makeshift microphone.

“I was watching myself perform because no one else would watch me,” she admits with a laugh.

But in her voice over the phone, there is a hesitation. Locklyn says she’s faced a lot of adversity, but she’s pushed beyond that to hone her craft.

It’s true a lot of pain makes good art, she said. “Really, it’s all life experiences. I would just think about a particular moment and it would flow right out of me. It’s not difficult at all.”

Her father died of an overdose when she was 15.

“That’s what some of my songs are about,” she says. “There are hidden lyrics about addiction.”

She had always been around the arty crowd and decided to channel her own artist, to reach that muse within her.

“I started with singles, and after I did that, I started to see how many people were loving them,” she says. “I might as well give them a whole album that represents me and hopefully, they like it.”

What she hopes listeners get from her Toni Braxton-esque music and lyrics is a sense of empowerment.

In an era where people consume and avoid their own passions, she wants the listener to pursue their own goals.

“I want them to be able to follow their dreams,” Locklyn says. “Right now, you see the influencers. Everyone’s just watching them.

“[People] are not doing anything for themselves other than ‘look my favourite person just put out a YouTube video and I’m going to sit in bed for 25 minutes and watch them’.”

It’s time for the listeners to stop watching them and start doing something for themselves is the message, and as it harkens back to that classic Aretha Franklin savvy, Locklyn is clear she is optimistic.

You can catch her in milieu on March 29 at the W Event Boutique in Vaughan.

Improvisation is music to his ears

A passion for fashion and music