Built in 1937, the hospital is located on a quiet stretch of Cummer Avenue in Willowdale. It’s the only hospital in Canada to offer an organ transplant rehab program and the only one in the province with a burn rehab program.

The hospital has seen many changes since it opened as the first rehab care facility in Toronto. It has expanded from 64 to 160 beds and cares for about 2,700 inpatients annually when it once only accommodated 716.

But the quaint facility, which recently expanded with the John C. and Sally Horsfall Eaton Centre for Ambulatory Care, still retains a strong community feel.

Part of the reason can be attributed to the Sisters of St. John the Divine, who have been involved with the hospital since its opening.

The sisters aim to do more than just help patients to recover physically from life-changing illnesses or injuries, assisting with their spiritual recovery as well.

Their approach was especially helpful for former patient Paul Kocher, who lost five toes as a result of complications due to necrotizing fasciitis, more commonly known as flesh-eating disease.

Kocher said while the physical rehabilitation program was crucial, it was the Sisters of St. John the Divine who really made him appreciate his time at St. John’s Rehab.

“It’s not just about getting up and being able to walk,” said Kocher. “That’s certainly part of it, but the personalized care they gave me, the simple things, really make a difference.”

He said each morning the sister visiting him would bring him a newspaper to read. He said the simple gesture made him realize someone other than his physical therapist cared about his wellbeing.

“You feel well supported, you feel that they’re really concerned about you, not just you as a patient with a number,” Kocher said. “They don’t just treat the physical symptoms, they look at the other things that are important, like how you’re dealing with things emotionally.”

For Kocher, the companionship the sisters provided also gave him much of the strength and motivation he needed to complete his exercises.

“If they just treated you like another body, do these exercises and do this and do that, some people just wouldn’t do it, not because they physically can’t do it, but just because they’re not mentally ready,” he said.

To sister Amy Hamilton, the hospital’s spiritual care coordinator, helping patients prepare mentally and emotionally for their recovery is one of their most important functions.

“The sisters are there to be compassionate, caring and able to accept the patient for whoever they are at that particular time,” she said.

That includes providing spiritual support, no matter the person’s religious affiliation or beliefs. While the sisterhood is Anglican, they have a multi-faith approach.

Despite him belonging to a different Christian denomination, Kocher fondly remembers attending a Sunday worship service with the sisters.

“The fact that they invited me to come down, made sure I got down on a wheel chair, that had a big impact on me,” he said. “Just to be with other people, and to be able to sing … It felt like I was doing something that was normal as opposed to laying in bed.”

That’s just one example of the special approach the sisters take to spiritual recovery, or what Hamilton refers to as “soul work”.

She said some doctors, despite what she calls the amazing work they do, are fixated on the physical recovery, and describe patients as a hip person, knee person, burn victim, et cetera.

“Those wordings I think can be a dangerous thing, because we disconnect and are no longer that whole person,” she said.

Enter the Sisterhood of St. John the Divine and the unique service St. John’s has offered for 75 years.

“We try to remind people that yes, this person may be a hip (injury), but they are also a mother who is so used to being able to provide for her children … so let’s see how we can help her do that.” 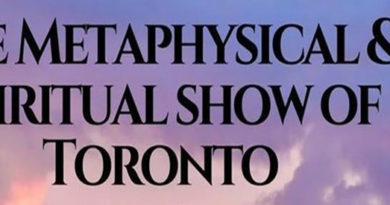