Toronto Police have laid 80 gun and drug-related charges against eight people following a month-and-a-half-long investigation into a criminal gang in the Main Street and Danforth Avenue area.

According to a police report, the Drug Squad investigation began on April 15 and concluded on June 2 with the execution of 12 search warrants.

The warrants resulted in the seizure of a .22 calibre Tanfoglio Giuseppe semi-automatic handgun loaded with four rounds, a 9mm magazine that was over capacity, two bulletproof vests, two vehicles, $16,530 cash, 54.3g of heroin, 193.8g of crack cocaine, 0.38g of morphine and 66.94g of marijuana.

Eight men, seven of whom are from Toronto, face a combined 80 charges, the majority of which are related to weapons and drugs.

While the police report did not indicate what criminal gang was targeted, a media report from 2007 named two of the same men arrested June 2 as being members or associates of the Dawes Road Crips gang.

At that time, police alleged an 18-year-old Dawes Road Crips member (now 22) and a 20-year-old Crips associate (now 24), were part of a group of Crips who had moved to Hamilton to deal crack cocaine and escape the pressure of Toronto Police.

After the June 2 arrests, one is facing seven gun-related charges and one charge for failing to comply with probation, while the other faces three drug-trafficking charges and two more for possession of proceeds of crime. 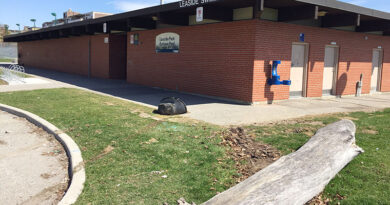