If Toronto seems re-energized, that may be thanks in part to solar panels being installed on 10 city buildings, including the York Mills Arena.

On Sept. 10, the arena was one of three buildings, with the Mimico Arena and Goulding Park community Centre, to have the installation of solar panels begin as part of an initiative to feed more energy into the city’s electrical grid.

More than 8,800 panels are expected to be installed on the 10 buildings.

“This is a great opportunity to make use of underutilized city roof space and generate revenue for the city,” said Councillor Norm Kelly, chair of the parks and environment committee, in a city news release.

The city stands to gain $16 million over the next 20 years from the energy produced, as well as increase the city’s power supply, according to that press release.

About 2,600 megawatt hours of electricity are expected to be produced each year once all installations are complete. That’s about what 215 households would consume annually and will allow for a overall reduction of about 480 tonnes of greenhouse gas emissions per year.

Most of the equipment being installed is made in Ontario, as a means of aiding the province’s solar energy industry.

The electricity itself is to be purchased as arranged by pre-existing feed-in-tariffs with the Ontario Power Authority. 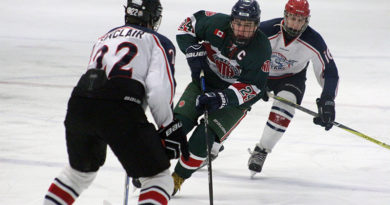 Youth field fees to be phased in