Nothing short of a city championship will do for North Toronto’s varsity boys baseball team.

It’s the squad’s first outdoor practice, and the wind is gusty as players work out on April 25 at Eglinton Park.

Jonathan Fagnola and Ian Wellman are recalling the Norsemen’s 2013 run — their semifinal game, to be exact, where they lost on the final out of the last inning, allowing Lawrence Park Panthers to advance.

Fagnola was at third base at the time, and Wellman was on the mound.

“We had the last out, ground ball to second base, the overthrow, and the winning run scored,” Fagnola recalled. “It was a tough
life.”

Still, they’re using it as fodder when they take on the other eight teams in the South Region, looking for a piece of OFSAA glory.

“We’re back and we have a better team this year, so we’re ready to go,” he added. “Obviously we want to go to OFSAA this season.

“We’ve never been there, and we just want to make an appearance to make NT known.”

Earlier in the week, coach Guy Lane said he was optimistic about the team’s chance, although he’s not willing to go overboard with it.

“We have a good senior group, and then we have a nice core group of Grade 9s that came in,” he said.

Fagnola and Alex Kellerman are players Lane and head coach James McNeill will expect to play leadership roles. Some of the young guns they’ll be teaching are catcher Jake Fabregas and Connor Lipinski.

“Typically, the Grade 9s don’t play too much, but we hope we can insert some of these guys in throughout the season,” Lane said.

Kellerman has no problems picking up the mantle of teacher.

“What North Toronto always does is try to get a lot of younger guys involved so we can develop their game so when they’re a bit older they’ve got a lot of experience, and they help us win championships,” he said.

“Just like us, they had a whole bunch of younger players who will be back,” he said. “They’re going to be fairly strong.

“In this league anybody can beat anybody if you show up to play that day.”

Then there’s the rekindling of the flames of rivalry with Northern.

“I’ve always loved playing against them,” Kellerman said. “Regardless of the importance, you just want to come out on top in those games, just for bragging rights.”

The season starts for North Toronto in the first week of this month. The OFSAA qualifiers are on May 15. 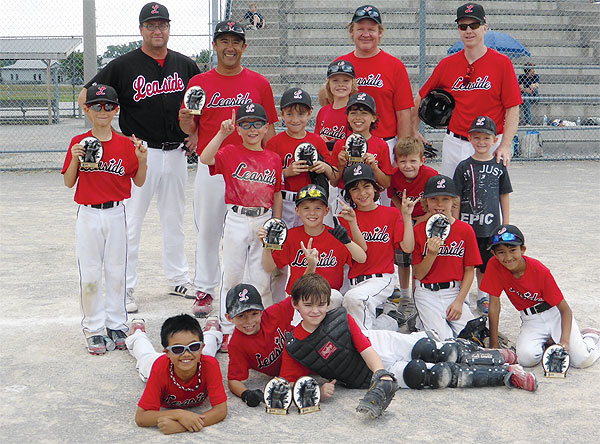