When Chris Smith was signed from B.C.’s practice roster to the Toronto Argonauts, it was the chance for the Beach resident to run his feet through the familiar sands of Ashbridges Bay again.

He spent most of his life in the city’s east end, so when he took the field at the Rogers Centre on August 18, it was a homecoming two years in the making.

“I had all of the family there and a lot of my high school friends showed up to watch the game,” he said.

Recalling his big break into the CFL in May 2010, Smith remembers the smell of barbecued meat, friends abound and his mom clicking refresh on the computer to see when he’d be drafted.

“It was a pretty cool experience to have that happen in your own life, because it’s just stuff that you see in the movies,” he said.

On May 2, 2010, Smith was taken 28th overall from Queen’s University by the Winnipeg Blue Bombers.

But at St. Michael’s College he wasn’t always on the school football team. Smith admits he first flirted with other physical sports by joining the rugby team at the Balmy Beach Club.

“That was my primary sport until I was in grade 10, when I tried out for football,” he said. “The next summer I played rugby again and I ended up breaking my collarbone twice in one season.

“So I made the switch to football permanently in my grade 11 year and I haven’t looked back since.”

His role then was inside centre, but now he’s an inside linebacker. When he started as a Kerry Blue he was a free safety, then he progressed to coverage back in his sophomore year with the Golden Gaels.

It seems wherever Smith goes, success follows as he has a Metro Bowl title with the Kerry Blues in 2004 and a Vanier Cup with the Golden Gaels in 2009. Smith won the Bruce Coulter Award for being the top defensive player in that game. He had 4.5 tackles and sacked Dinos quarterback Erik Glavic for a 15-yard loss.

With all his experience on winning teams, Smith admits chemistry is the most important ingredient.

“It’s all about having the right guys,” he said. “It’s one thing to have a bunch of individual talents, but what I’ve seen from some of my other teams is its not necessarily going to be the best players in the league that are going to win you championships.

“It’s just the overall camaraderie of the team.” 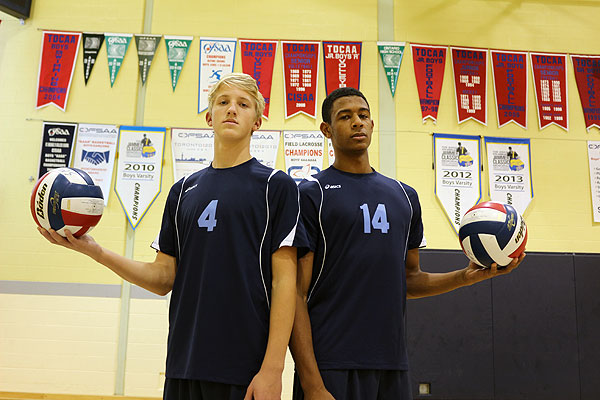