The winner of last year’s North Region boys A singles finals has been dominant this season, killing birdies as well as the hopes of his opponents. However, both he and his coach, Peter Lohasz, said they think he can do better.

“He’s been doing well,” Lohasz said. “I don’t think he’s been as dominant this year because he’s a bit of a known factor now so people are getting up for him.

“He has been matching the people with energy and just going about his business.”

Weng held court in his home gym during the Mar. 28 matches. He finished off his first challenger, Newtonbrook’s Daniel Chung, relatively quickly. He won in two sets (21-5, 21-4).

Lohasz said Weng will have to continue to make short work of his opponents when he can if he hopes to prolong his win streak.

In his second match of the day, Weng had a tougher time going up against Ivan Kwan of York Mills. He had to come from behind in both sets while fighting fatigue.

He narrowly won the first, 21-18, and finally knocked off Kwan 21-15 in the second set during an emotional back and forth battle.

While being pushed by Kwan, Weng seemed to step up his game and his energy level. He celebrated each point with a fist pump and a triumphant ‘yes!’

With the win Weng moved to 5-0 on the season.

“Normally I just push to the end,” Weng said while dripping with sweat. “At the end I play a lot better, when I’m under stress. That’s why I say ‘yes’, so I can encourage myself to play even better.”

Despite his success, Weng said he believes his game is not at the same level it was three years ago when he played 20 hours per week at the Etobicoke and Machi badminton clubs.

The modest Weng said his goals for the season are to play in the OFSAA tournament for the first time and to repeat as the North Region’s champ.

“I won it last year and I think I should be able to win it this year,” he said. “But this year I think there’s a lot of better people who are playing singles.”

His coach said he has no question as to whether he’ll make it to OFSAA, the only question is what colour medal he’ll receive.

“He’s very cerebral and he has very good consistency in his shots,” Lohasz said. “His shot placement is excellent, his shot selection is excellent and he uses that to his advantage. He just has really good skills.” 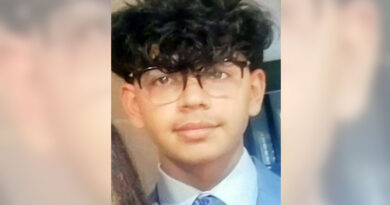