In order to uphold their role as the South Region’s top cagers, Oakwood had to get past their rivals Eastern Commerce on Valentine’s Day.

For the most part, it was looking like a slam dunk, as starters Tyrell Bellot-Green, Calvin Epistola and Kaleek Whyte helped the senior Barons jump out to a 7-0 lead.

Epistola led the Gold and Blue with 13 points, while Bellot-Green had 11. Whyte, Brody Clarke and Sheldon Moore chipped in 9 each.
Still, as the game progressed, the energy that coach Anthony Miller instilled in them went into a tailspin resulting in 24 turnovers and a 57-55, last-minute loss.

“If I go to the stats sheet and I look at it and see how many turnovers they had, I’m sure we had more,” Miller said. “How many free throws did they make compared to us? I’m sure they made more.

“If anybody has watched an NBA game, you hear that all the time, the team that turns the ball over more and misses more free throws loses the game.”

One key issue was the hesitation of players getting the ball to post players Clarke and Bellot-Green.

Tied for the final two minutes of the game after a back-and-forth bout, the game slipped away as E-Comm’s James Sylvester forced key turnovers from the Barons key scorers.

Though Sylvester would drain 23 points in the game, with teammate Jamaal Thomas adding another 16, it was Jamar Martin who played hero, scoring his only deuce to win the deadlocked game.

“I thought (Sylvester) was going to go to the wing to one of our best scorers Ammanuel, but he went to our next senior Jamar, and Jamar caught it,” Jeffers said. “It was one of those weird slowed-down moments where Jamar caught the ball, a hook over the bigman, bounce, bounce and I’m like, ‘You’ve got to go in’ — and it did.

“It was one of those feel good moments for him, fifth year guy.”

Martin was ecstatic with playing the hero.

“I’ve been at Eastern my whole life, always wanted to beat Oakwood, and we always lost to them in South Region, so this is the first time beating them.”

It was a sign of good teamwork for the Saints who snapped a South Region final losing streak.

“We stuck with it, and we never gave up,” he said. “At one point we were down, and just kept up our energy and we stayed together as a team, as a family.”

Miller was hoping his charges would learn from their mistakes in the South Region battle, heading into their next match against West Hill.

Unfortunately for the Barons, who won OFSAA gold in 2010, they were eliminated from City Championship contention, losing 54-43 to the Warriors, Feb. 16. 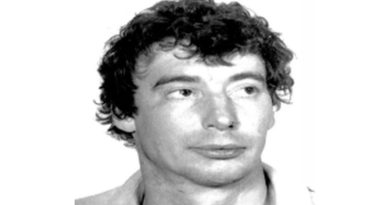 All attention on volleyball for Redhawk 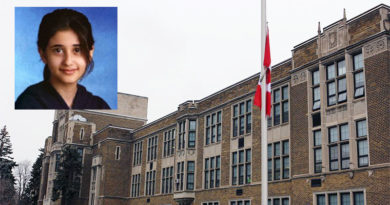