The field at Don Mills is saturated.

A rugby player evades a tackle and slides on bare legs into the endzone, his jersey and any hint of skin are coated with earth.

From the sidelines, Bruins coach and rugby sevens convenor Daniel Kunanec surveys the job his charges are doing.

There’s elation and relief in his voice when he talks about the first Toronto District School Board sanctioned rugby sevens playoffs.

“Here I am coaching, so first of all we’ve got two sides that qualified, which is great,” he said. “This has been an eight-year journey from just organizing this tournament and the status that it’s at, not only in Toronto, but it seems all at the same time we’ve achieved a reputation across the whole country.”

Rugby sevens was voted an officially sanctioned sport in June by members of the board’s 86 high schools.

Kunanec pauses as his junior squad gains possession of the ball while sliding out of bounds.

“Nice movement, good job, good communication — let’s do that all day,” he said to his team. “Positive vibes guys, positive vibes.”
Kunanec returns, he shares his enthusiasm for how his home school’s program has developed along with his dream.

“I couldn’t be happier at the overall platform that we created in Toronto,” he said. “If we are getting recognition across the country, it’s deserved.

“That’s not arrogance, it’s a celebration of that accomplishment.”

With that success, sponsorships have come from major players in the national rugby scene. The Canadian Rugby Foundation and Kukri Canada chipped in to cover uniform costs, referees and the finer details of the game.

Those are details Alf Scharlach of Leaside High School organizes. This year he introduced gamesheets to ease the stresses of management.

“It was really to take the pressure off the coaches because in a tournament there is only so much time,” he said. “I got all of their rosters prior to the tournament, prepared all of the game sheets with all of the players on them.”

Scharlach coaches the Lancers rugby squad, but he admits with the added sport there are challenges.

“Quite honestly, this year especially, we’re a football school in the fall and I don’t want to take away from that,” he said. “I really put my emphasis this year on the convening side of it.”

Kunanec, who weathered the waterlogged fields and misty air well, watched his senior and junior teams lose their matches 54-0 and 29-0 respectively.

“I think the unfortunate thing about this weather is the natural athletes are not able to run,” he said.

But then again, the real victory for his Bruins and the school board already happened in June.

Panther plans to be busy with Queen’s U rugby 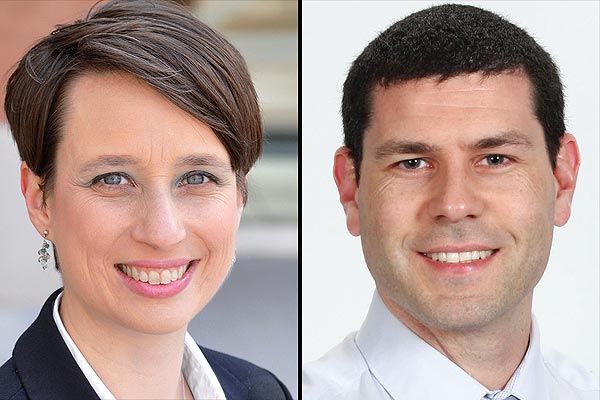