On the squeaky floor of St. Michael’s College School the boys’ senior basketball team, the defending OFSAA champions, are
practising with a purpose.

The Blue Raiders suffered their first loss his year on Nov. 17, a 53-49 score to Oakwood Barons in the Humber Classic, a preseason tournament that brings together the best hoops squads in the region.

Only six players have returned to the team this year. Despite it now being an inexperienced, young squad, the next practice saw the coaching staff, led by Jeff Zownir, address bad habits from that loss by putting them through a demanding litany of drills.

In practice Nov. 20, Zownir demanded his players’ attention with an exhausting, sweaty plethora of drills. Players were made to run into shape, reinforcing small details in offensive and defensive rotation, including in fast break situations.

“Attack the rim,” Zownir would shout, over the sound of dribbling. “Finish! Finish!”

The coaching staff wants to challenge and improve the new players — cropped from the school’s junior team and recent transfers.

He’s taking the challenge head on.

“He knows how to work his way down in the paint, he knows how to body people,” Bamba said of Vaughan’s physicality after the drill. “I’m getting through as much of my own physical body as I can, put my body on the line and try to get it in the net.”

Incumbent guards Godwin Boahen and Nelson Kaputo are also in a competitive mindset.

Inheriting leadership responsibilities with their fellow senior members, the adjustment to this season will be rough but the team will grow over time.

“We have to show everybody that we got to get better as the season progresses,” Kaputo said of himself and Boahen after practice. “We’re not the oldest on the team, but we have the most experience.

“It’s a challenge for both of us because we’re still growing as players, but we have to get everybody else to buy into the team concept.”

The Raiders look to build on a championship campaign that included an undefeated CISAA regular season, a 13–0 showing, and tournament wins at the Windsor Freed’s tournament, and the St. Michael’s Invitational.

Mistakes are made, but the team is executing plays consistently, with improved communication from the players — players would shout “I got help!” when they rotated to the key on defense.

With a return showing to the Windsor Freed’s tournament Nov. 29 — the event brings together the best Catholic school teams in the province — the squad has high expectations of their season.

That includes Kaputo, who is confident that the team will succeed this season. He is also chomping at the bit to face Oakwood
again.

“Until we beat them, that’s probably the only goal I have set for our team,” he said. 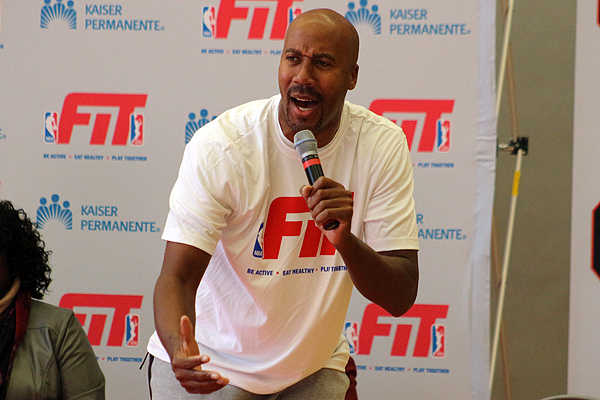