Boxing is the art of never quitting.

It’s that philosophy that earned her a 2011 Ontario Coaching Excellence Award in the Recreation/Grassroots category.

But she admits the accolade took her by surprise.

“I had no idea it was coming so it was quite a shock,” she said. “It’s just one of those things where you do your passion.

“I really feel so lucky to have this job even though I’ll never be a millionaire,” she added of her work at the Carlaw Avenue and Gerrard Street area club. “The job is so rewarding that I never do think about awards but when one comes, boy, I’ll take it.”

Look at her impressive resumé and it’s clear to see why Howe has drawn such positive attention. After 20 years of boxing and 16 coaching, Howe has countered many jabs that would have floored most opponents.

“A couple of years ago we started doing outreach to the transgender community because I was hearing more and more stories about transgender people being victims of violence,” she said.

Working with the 519 Community Centre in the Village, she worked with transgendered individuals to get them into shape.

“We did the class on Friday nights when the gym was closed and I was hoping we’d get five or six people,” she said. “Twenty-some showed up each week. I was blown away.”

It’s not the first time Howe has worked with the transgendered community.

Not wanting a TKO for her student’s boxing career, the two went to Boxing Ontario to ensure the competitor met all the requirements.

Howe’s candid about why she picked up the gloves herself.

That strength is what she takes satisfaction in when teaching new boxers, or helping those in another program she started called Shape Your Life.

Created with the aid of a two-year grant from the Attorney General’s office, the program is designed to help victims of abuse.

It has hundreds of success stories, but one in particular stays vivid.

“One of the women who participated in Shape Your Life went on to become an amateur boxer, and a year and a half ago I took her to provincials and she won gold.”

Jacqueline “Super Nova” Scott is the fighter Howe coached. She remained in Scott’s corner even for the nationals where she won silver.

“Boxing can be a venue to show you how strong you really are when you are guided properly,” Howe said.

The next maincard for the Toronto Newsgirls captain is to develop a transgender policy, which she admits won’t be easy.

“It’s a whole new can of worms that’s been opened,” she said. “I’m certainly not afraid of it.

“I’m actually quite excited because it’s almost like inventing, which is always exciting.” 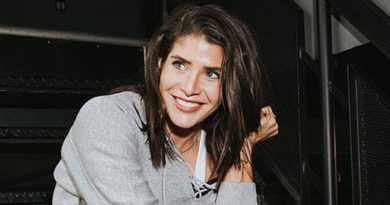 Rumble on the Kingsway raises $56,000 for cancer