Dara Douma, a firefighter by day, wanted to better embrace her love of roller derby that didn’t cut in on her shifts in the evening. So, she took matters into her own hands.

“I do curling and hockey, and with those sports I was able to do those in the daytime, when it fit my shift schedule,” said Douma, a Beach resident who walked into a “Fresh Meat” session — for first time derby participants — three years ago, and hasn’t looked back. “But, with derby, there wasn’t such an opportunity.”

With some help from the GTA Rollergirls derby league[/url], Douma is spearheading the formation of the Toronto Sirens, a derby team that will train and play during daytime hours — something Douma realized would better accommodate those who do shift work at odd hours.

“This is something we decided to try, realizing that no one’s ever done this in Toronto before,” said Douma, also known as Triple D Stroyer in the derby world. “There are probably other women who are in the same boat with shift work.”

“I think it’s a really fantastic initiative that she’s got going on,” said Cathy Kaddie — also known as Cat the Destroyer — who played with Douma on the Derby Debutantes team last year. “It has been a challenge for her to come out to our evening practices, when she’s busy saving people’s lives, it’s amazing.

“She’s put a lot of work into it, and I’m hoping it’s a huge success. I’m totally going to be there on [Jan. 28] to cheer her on.”
Sessions begin Jan. 28, and will commence each Monday until late March. The regular season for regional derby competitions begin May 4 at Ted Reeve Arena.

The Sirens, named in honour of the firefighters who helped form this team, is seen as a farm team for evening league games.

“Because we’re practicing once a week, and we’re in the daytime, it’ll be the kind of thing where not everyone can come to all the evening games,” Douma said. “There will always be a group of players who can pull and go into rosters.”

With training sessions beginning soon, it is a great opportunity to recruit new players, who may have a variety of interests in the sport — from a desire to get active, to a need to better enhance their derby experience.

“That [the experience is] always challenging no matter what level you’re at,” says Kaddie, who hadn’t picked up a pair of rollerskates since she was young before starting roller derby. “Some people had no problems at all and were fantastic because they had been actively ice skating. But, for roller derby, it’s for everybody.”

With growing numbers coming out to derby practices and league play year round, the emergence of the Sirens is an initiative that could bring together players from across the city to the east end.

“Roller derby has really come back, in a big way, seeing that it is more structured, that it’s a competitive sport,” said Kaddie. “It’s not Skinny Miller was on TV years ago. There is no hair-pulling, it really is.”

The GTA Rollergirls call Ted Reeve Arena[/url] home, and the Sirens’ use of Riverdale’s Jimmie Simpson Community Centre for training only helps to build the local derby community in a central part of the city.

“For me, I wanted to find something that was close to here,” Douma said. “But, also, we practice in the west end, that’s where our practice facility is during the off-season. But, when we are in season, we play at Ted Reeve — that’s our bout space there.

“This is what we consider our community. We are part of the Beaches Easter parade, and Canada Day we do some stuff, so this is the community, the area of town that we do our stuff in. That rec centre is a good community facility and had a great space for exactly this.” 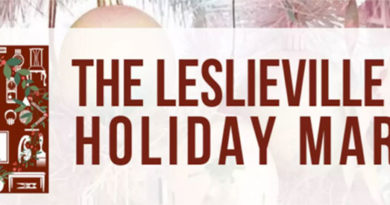 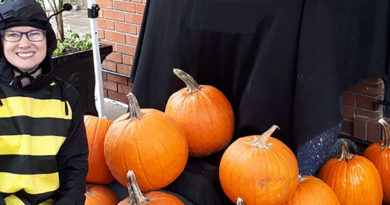