With a smile curving like a falcon’s beak, pitcher Daisuke Suzuki expressed great pleasure in striking out 12 Danforth Tech batters in a complete game May 27.

Though the quarter-final baseball game was no cakewalk for Forest Hill Falcons, as it took two runs in their last at bat to garner a 4-3 win, the Ks are still a highlight as they head into the Tier 1 semi-finals against Northern Red Knights.

Suzuki said the game was won through his faith in his fielders.

“I’ve (got) D behind me, so I just wanted to let the other team hit,” he said, adding next game he’ll tone down the strikeout count, giving his teammates more time to hone their defensive skills.

That attitude is a testament to the camaraderie on the Falcons bench, coach Chris Parkin said.

A lot of the team’s verve is buoyed on Suzuki and catcher Ben Warsh, Parkin added, as the pitch-caller helped draw in the runs in the bottom of the seventh.

Throughout the game, Danforth Red Hawks kept pace thanks to a strong arm from pitcher Phil Tsiaris.

Co-coaches Ellen Baptie and Bill Heath both commented on their captain who has pitched effectively all season.

Danforth headed into the bottom of the second with a 1-0 lead. However, Forest Hill’s Warsh nailed Tsiaris for a single. David Beer got on base with a hot shot bobbled by second base, the next batter would smack in the tying run.

The Falcons would return to their next at bat getting another run from Yuji Suzuki scoring on Daisuke Suzuki’s deep shot to left field, giving them a 2-1 lead.

But in the top of the sixth, the Red Hawks would strike drawing blood on an RBI double and a fielder’s choice.

Forest Hill responded in the bottom with a chopper from Daisuke Suzuki to the infield. Thinking it was a routine play Danforth took its time, allowing Suzuki to slide into first safely. The next batter, Warsh, would drive his teammate home and would later score on an overthrow.

An elated Parkin said tying the game was the turning point.

“When they jumped ahead to score the two to take the lead towards the end, again I thought our guys showed pretty good character,” he said. “Not getting nervous, they were pretty confident.”

It was almost as if the Warsh’s hit was destined, Parkin added.

Though Forest Hill is hush-hush on any talk of Prentice Cup qualifying, Parkin said his team will seek vindication when they play the Red Knights June 3.

“Our next game is against Northern and that was the only team that beat us this year,” he said. “I think we could have won.”

As for the Red Hawks, there’s confidence brewing for their young corps that will move up the ranks, Baptie said.

“We’re losing some top players,” she said. “We’ve got some young guys who are going to fit right in.” 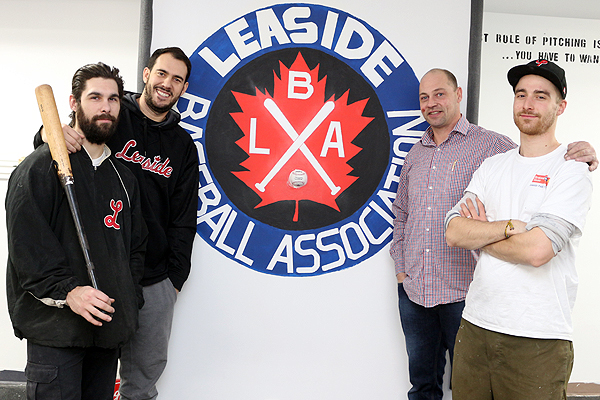