The growth of the Leaside Baseball Association at the rookie ball and mosquito levels, has given league president Howard Birnie and his board members a new problem to solve: Where are the 360 additional kids going to play?

Two years ago, Paul Flint decided he couldn’t keep the Leaside Minor Softball Association going, so it was absorbed by Leaside, where it was converted to a hardball program.

House league coordinator Eric Stickney took the lead on the project, with the help of Birnie and volunteer Dan Berlin, but there are still a few creases to be ironed out.

“Last year was the first year we went full on into it, down to that young, and it’s succeeding,” Birnie said in late April. “It’s a good problem to have.”

In addition to the new house league players, Leaside has also expanded its rep program in order to keep players in the lower age groups.

“What was happening was the young kids were leaving to play rep ball somewhere else and we weren’t giving it to them,” he said. “Now we are.”

In an effort to alleviate scheduling backlogs at parks, and to make sure everyone gets a chance to play, LBA is looking to develop Bennington Heights Park into a first-class field.

“There are always challenges, and it’s something we all pride ourselves with — being solution oriented,” Berlin said. “It means being organized and understanding of what limitations we have.

The league is looking no further than the Major League Toronto Blue Jays for help, through their Field of Dreams program.

The initiative from the Jays Care Foundation invests money into providing safe equipment and facilities for amateur ball leagues. They offer up to $150,000 a year in funding to associations, teams and charities, but those interested must be approved first.

Scarborough Baseball League received funding last year and the East York Baseball Association was given a donation in 2012 to develop Stan Wadlow Park.

“There’s an application that was put in for the Jays Care Foundation, the same foundation that gave a donation to East York two years ago,” Berlin said. “There hasn’t been any decision made as of now, but I can tell you we’re being considered for this.”

Berlin, who has a radio show on TSN 1050, joined the LBA looking to keep the league’s reputation as a baseball Mecca alive.

“Leaside has been synonymous with baseball for many years, and there’s a great deal of pride taken by those on the board, parents and everyone, to see the Leaside name stand for the city’s best baseball,” he said. 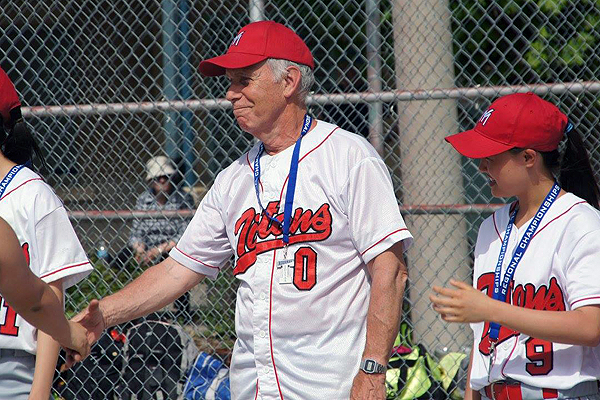 Diamond medal for work on the ball diamond