The 11–5 defeat was an early season test for the prior division-leading squad. Their first year in Tier-1 co-ed ultimate Frisbee, the Lancers had beaten Forest Hill and Northern in close-margin wins prior to their May 2 tilt against the country’s best high school.

The sunny and breezy conditions provided a great stage for the contest, and Leaside kept it close early on. Breaking the ice by scoring first, Leaside countered Northern’s surgical offensive flow with an aggressive scramble, hucking the disc successfully for long distance.

“I think we stayed consistent and kept to our game that we knew and we played that,” said Northern’s David Tang. “We figured out that they love to huck it long, so we decided to play zone whenever they were upwind.”

A 2–2 tie early on quickly became a 6–2 contest with some adjustments. The Northern ladies, including Kobi Lawson and Andrea Vucetic played tremendous defense, and Ben Blackford and Tophy David leapt and caught many passes downfield.

But, Leaside entered halftime with a boisterous last-minute drive, ending in a score for their captain, Jaime Maier.

“We started off really slow, we let them score a bunch of points,” said Leaside’s Darian Hall. “At halftime, we had a pep talk from coach Maier and he basically just fixed up our defense. We started playing a little bit of zone and whatnot.

“After that, we got it rolling. We still lost but we fixed it up, we cleaned it up.”

Competing on the road, Northern was not going to let the home crowd and aggressive offense overwhelm them. With three city championships under their belt, and a fourth in their sights, Northern exploded out of the gates with two scores before Leaside called a swift timeout.

“They had the strategy on us,” said Leaside’s Jack Struthers. “It was good we that we got the timeout, we got to rethink a couple of things and change up our lines a little bit and see which works better because we’re still working out the kinks.”

Leaside had to compete from behind for the second half, but the home crowd and everyone on the sideline were more than thrilled when Leaside did score.

The Leaside faithful were especially spirited in the last minutes of the game. Maier, taking the lead as player-coach, grabbed for the late score, inching closer to Northern.

It is that leadership that the young Leaside squad commends in Maier.

“He’s good at getting everyone to listen to him,” Struthers said. “He knows how to make a play, he experienced with the game.

“He’s a good influence on everyone else since a lot of people are new to it at Leaside, so it’s great to have him leading us. He knows what he’s talking about, he knows how to rally the troops and the Frisbee down the field.”

With a 11–7 win on May 6 over the Bloor Bears, the 2013 national champion Red Knights have big goals in their sights. Looking to win citys for the fourth straight year, the key is getting out there, competing and constantly improving.

“I think our team is just as strong as the other years,” Tang said. “We just need to keep on maintaining our strength and keep on improving.” 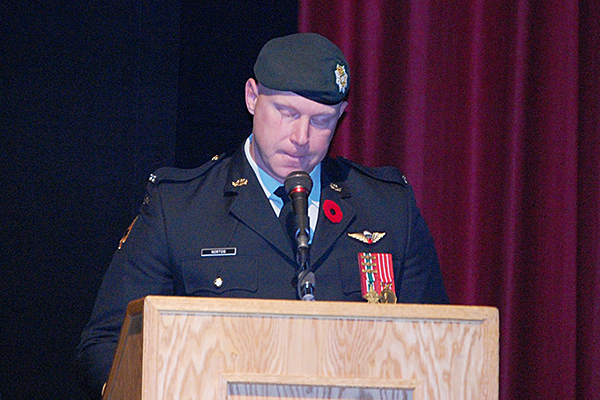