The Toronto Nomads rugby club didn’t spend the off-season wandering around waiting for spring to arrive, but camped themselves in the city to hone their fitness in winter workouts.

“We spent some time doing some pre-season in the gym a couple weeks ago,” said Andrew Flynn, the Nomad’s director of men’s rugby. “For the last couple weeks, we’ve been working on fitness, with a focus, this year, on fitter teams.

“If you beat your opponent with speed, you don’t necessarily have to be the bigger team. You can run around them all.”

The Nomads, who expect to field three men’s senior clubs and a women’s club this season, have been getting their bearings at Christie Pits, practicing at the local park until their regular stomping grounds — Oakwood Collegiate — is ready for the season.

“It’s a progression from when we started, where it was primarily where we get together in the middle of April and starting practicing,” said Bill Brown, who coordinates the Nomads’ junior program. “We now do fitness and training through the winter months.”

“We have students [who] come back in the year, and guys who come over from overseas to play for us,” said Flynn. “When you’re in February, and you’re looking at 30 guys coming out and buying into the system, it’s really good.

“I feel like the attitude and buy-in of the guys [really impresses me]. Regardless of skill level, and whether you play first, second, or third [team], everyone’s out there training together, really trying to push each other to improve.”

Setting down roots at the dome at St. Michael’s College School during the winter, the junior program brings in about 80 kids of a broad age range.

The Nomads’s junior program is also starting to turn heads by producing players who compete in regional and international tournaments.

“Our strength, we have a really dedicated group of coaches, and they’re constantly upgrading their skills,” said Brown. “A lot of it is through word of mouth, we have kids who have been playing since they were under-12 with us and are now playing senior rugby.”

The Nomads are looking to build on a decent season, where the second team finished first overall. However, the first team finished fourth, and it has given the Nomads ample motivation to get going this season.

“I think the way players are coming back really speaks to the character of the team, and their desire to win it this year,” said Flynn, who noted game management as an area that needed improvement. “The benefit to playing with guys who know what they’re doing is that at the end of the game, everyone knows what they need to work on.

It will be a tough season, facing the likes of the Bay Street Pigs and Toronto Saracens, but they’re ready.

“Things worked last year, so now it’s a matter of how we build on that to ensure those results,” Flynn said. 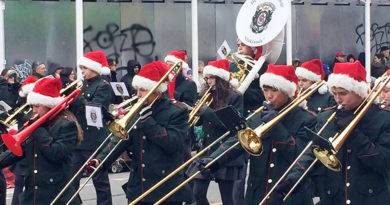 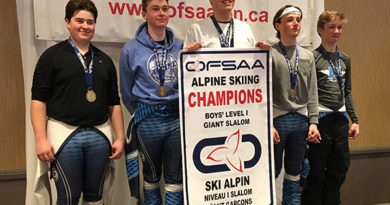