Playing the clock down to zero, the North Toronto Norsemen Rugby squad kicked a late game penalty to eke out a 20–19 victory against the Northern Red Knights.

The neighbouring schools have a long-standing rivalry and that competitive fire was evident during in the Apr. 25 game on Northern’s home turf.

The last minute penalty kick deciding the game came amidst a nail biter of a chess match. Reminiscent of goal line stands in football, Northern resisted conceding a try from North Toronto.

Down 19–17 with mere seconds left in the match, North Toronto’s Mathew Mohtadi took a deep breath, lined up his kick, and booted a clean ball through the uprights.

“They definitely had some good athletes, but we just had to do our own thing, give the ball to our [skilled] players,” said North Toronto forward Jake Humphrey.

From the first whistle, the match saw each squad run and tackle with authority.

North Toronto’s Emil Shiffman tossed a player out of bounds and Owen Singer used his speed to take the ball down field. Northern’s Shaquile Bromfield and Terrelle Lewis-Vu responded with similar speed and physicality.

“We were trying to go in, giving it to our backs if anything, but mostly our forwards, power them up the middle,” said Bromfield, the team’s winger and substitute fullback. “But, as you can see, we got outplayed. Some of our players weren’t able to play because of school.

“Hopefully next week we’ll be ready.”

But, the Red Knights fought valiantly, leading most of the game. Early on, their kicking game gave Northern a small advantage going into halftime. Whenever North Toronto withstood a substantial run by Northern’s Lewis-Vu and Alexander Marcopoulos, the Red Knights would play it safe, kicking for the three points twice early on.

The inclement weather, high winds and light rain, was a wild card for the kickers, Bromfield and Quinn Johnson, but the Red Knights were ready.

“We have some good kickers, Quinn and I, and some other guys,” Bromfield said. “But, today we weren’t prepared that much.

“We could work on our defense. We got better in the second half, but we need to do more forcing, pressure and continuous running. Some of us were slowing down, but it’s still early in the season and we know we’ll get better.”

The second half was certainly what the doctor ordered, the defense on both sides hardened as the weather worsened. After going behind 13–8 late in the first half, North Toronto responded to a Northern try with one of their own, courtesy Shiffman’s efforts on the right side.

The Norsemen had to adjust, and the players acknowledged they had to tighten up at both ends. The final kick was a breath of relief, as the Norsemen charged the field in celebration, post-whistle.

“[We wanted to] keep up the intensity, never give up,” said Norsemen forward Jake Humphrey. “We really hate these guys, so we wanted to beat them more than anything.

“It got a little dirty out there, but we played our game, played classy, and we’re happy with the result.”

Toronto Scottish soldiers on, in spite of struggles 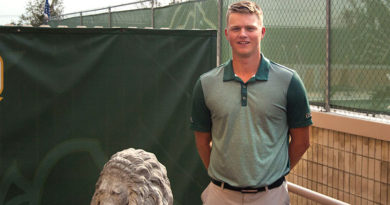