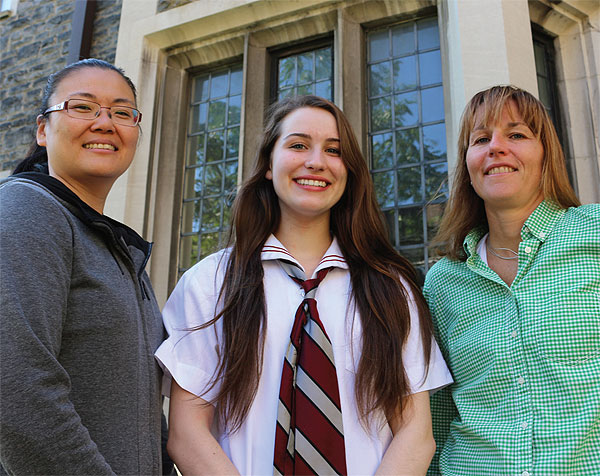 Andie Mathison should have known something was amiss when she saw her mom, Cathy, polishing her school shoes the night before Bishop Strachan’s athletic awards ceremony.

Or when her dad, Sam, inquired if she knew the whereabouts of her school blazer.

She chuckled in between the description of events that led to her being named the school’s Senior Athlete of the Year.

It’s mid-June, and with her in a small office are her soccer coach, Sharon Jameson, and gymnastics coach, Ann Shen.

The trio are all smiles, as it’s the first time they’ve seen each other since exams ended on June 16.

Both Jameson and Shen laud their standout, and her ability to encourage her team, no matter what happens on the floor, or on the pitch.

“I don’t necessarily think the athlete of the year is recognizing ability, [but that] it recognizes overall sportsmanship,” Shen said. “If you are a very good athlete, you still have to play with others.

“People think of gymnastics as an individual sport, but we’re a big team. We’re like a family — we look out for each other — and just because you excel at your particular level, you can’t leave the others behind.”

“Part of the reason why Andie was selected for this award was because we have a lot of girls at the school who are elite athletes, who are good in one sport,” Jameson added. “Andie can probably play in five sports at the school.

“I was also Andie’s phys ed teacher, so I’ve seen her run the gamut.”

In gymnastics Mathison won a silver medal at OFSAA in level four floor, with a score of 11.65.

In soccer her team won silver at the Canadian Association of Independent School tournament in Montreal.

Though her mainstays are soccer, gymnastics and triple jump, she has played a variety of other sports every season since Grade 7.

“I’ve tried softball, swimming and many other different things,” she said. “I found my place in what I do now.”

It’s something her coaches value greatly in her. Oh, and there’s also her extra-curricular work with the school’s dance troupe.

“Andie’s also a very good dancer, which helps with her floor routine,” Jameson said. “She’s highly involved in the dance program here at the school (and) that really translates over into her floor routine.”

There’s still one more year left for Mathison — she’s in Grade 11 — and she admits she hasn’t put too much thought into university just yet.

“I’m not sure,” she said. “I want to do science, somewhere in Canada.”

Leaside too much for North Toronto 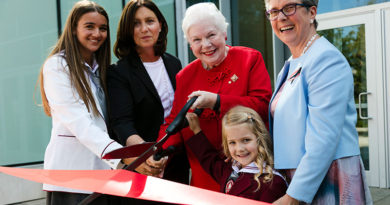