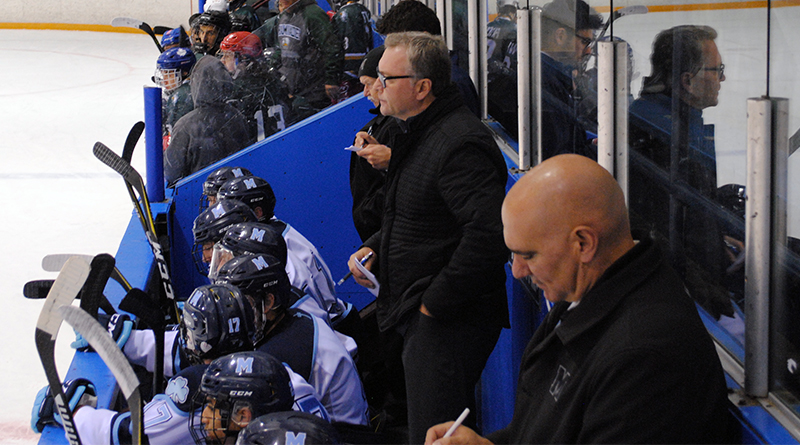 Finding him was a summer job for St. Mike’s athletics director Alex Frescura, but it was not hard yard work, as Jim Nicoletti, president of the Toronto Marlboros, provided insight into the best fit: the former coach of his own team, Dan Brown.

The 57-year-old couldn’t be more pleased, as he underscored his appreciation for the school in an email.

“Obviously the rich history of the school and its dedication to developing young men for a life of leadership, faith and good character,” he said, is what drew him to the job. “As well, the many great hockey teams that have been associated with the school that has produced countless successful professional players and student-athletes.”

Brown recalled playing against St. Mike’s while a student at Michael Power – St. Joseph High School. In addition, both of his sons, Jeff and Connor, played for the St. Mike’s Buzzers.

The elder Brown has been coaching for 25 years and has developed midget-aged players for their next steps in hockey.

“Helping players continue to develop their skills and tactics and become more accomplished in understanding and consistently executing team systems is very important,” he said. “Also, [we need to] help these student athletes gain the important values that can be learned by being a team member.”

Having a son in the NHL doesn’t hurt either. Connor, 24, plays right wing for the Toronto Maple Leafs. He’s in his fourth season with the Buds and may even make a few appearances at St. Mike’s practices.

“Connor always takes a keen interest in the teams I coach, as does his brother Jeff,” Dan Brown said. “Connor will get out to some of our practices to help when he can and will come to some of our games when his schedule allows.”

Looks like the family of St. Mike’s is welcoming another family back into its ranks.