She loves basketball more than tennis.

May seem like an odd statement coming from an under-18 provincially ranked racket star. But in the end, it’s all about a love of sports. Any sport.

Seeing three CISAA championship titles at her school in both volleyball and basketball, she also played ultimate Frisbee, soccer and has participated in track and field.

But it’s her busy tennis schedule that takes her to four-star and three-star tennis tourneys in the States.

She’s also heading south of the border to Queens University of Charlotte in North Carolina on a tennis scholarship this fall.

There, she will take pre-med in the hopes of working with high-level athletes.

Juggling matches and practice was always a matter of setting priorities, which meant sometimes Rustscheff would have to skip a practice with Bayview Glen so she could play a match elsewhere.

But the real dividend for Rustscheff is the satisfaction of achievement in sport — especially in tennis, a game she picked up from her dad at age 10.

She’s hesitant on naming one particular player as a role model, but she tends to lean towards Belgium’s comeback star Kim Clijsters.

Looking forward to life in the Carolinas, Rustscheff said her love of basketball will not be forgotten.

“I’m hoping in my second year at college I’m going to try and walk onto the basketball team and see if I can get a scholarship and maybe not play tennis, but we’ll see,” she said, with a chuckle. 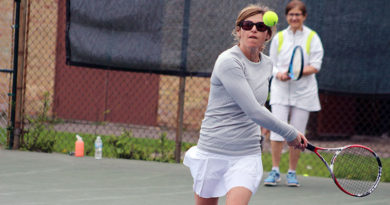 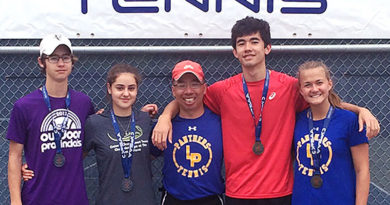