Because the cuts, part of an effort to balance the budget, are based on projected enrolment numbers and “the schools in our area are not in a declining enrolment state” local parents shouldn’t see much change to their schools, she said.

The board decided to cut some 300 teachers, administrators and special education support staff during its March 11 board meeting.

Laskin represents the area from Spadina Road to Bayview Avenue and Eglinton Avenue to just south of St. Clair Avenue.

She tabled a motion cut fewer special education staff after trustees voted not to make the recommended number of cuts to that area. Still, she said she doesn’t expect a change to school resources in Ward 11.

“Even those with special needs, their level of support should remain fairly constant,” she said. “But is it enough? Probably most parents would say absolutely not.” 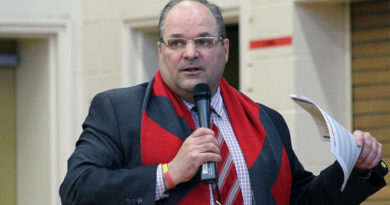