Terry Clarke believes it’s never too late to go after your dreams.

While the Leaside drummer has played on over 300 different albums for other artists in his 50 years in the business, the 2009 release of the aptly-titled It’s About Time is his debut album.

The album won a Juno this year for Best Traditional Jazz Album of the Year and has sparked Clarke’s cross-country summer tour of his Terry Clarke Trio.

They perform in Toronto on July 2 at Trane Studio as part of the Toronto Jazz Festival.

“I had been a sideman most my life, and never really thought of (making my own album) because of all the responsibilities and pitfalls that come with it,” Clarke, 65, says.

“I’ve watched people I’ve worked with have a lot of angst (with recording an album).

But he still made it.

“I’ve been thrust into this spotlight because of this record, which I kind of made just because I felt I should have one album at least before I leave the planet.”

The Vancouver-born Clarke fell in love with drums when he was 12.

At 19, he moved with Thompson to San Francisco and began playing with saxophonist John Handy.

After that he moved on to playing with pop group, the Fifth Dimension before moving to Toronto in 1970.

In his 15 years in Toronto he became known around town as the go-to drummer for studio work.

New York City came calling in 1985, and Clarke moved to the Big Apple to pursue a career playing with such musicians as Jim Hall, Helen Merrill and Toots Thielemans.

Along with his trio, Clarke teaches jazz students at U of T.

“Drums was something that just grabbed me and I became obsessed with it.

“As my teacher said, ‘you don’t really choose it, it chooses you’.

“Here I am at the ripe old age of 65 and still enjoying what I do and loving it more than anything.”

The only drummer to be inducted into the Order of Canada says he couldn’t be happier that he can play whatever music he wants, without making any concessions.

Jazz music is a creative outlook that is based in improvisation and new music, Clarke continues.

Jazz is going through a rough stage right now because it is not the most popular genre of music, he says.

“I’m attracted to it because it just keeps me honest and is constantly changing,” Clarke says.

And does he plan on releasing a second album?

“If it takes once every 65 years then the next album will be released in 2075,” Clarke says, with a chuckle. 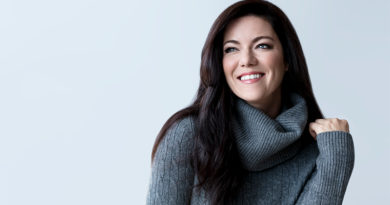