The creation of a comprehensive vision for Yonge and Eglinton that began in 2012 is inching ever closer to becoming a sort-of official neighbourhood plan.

The city is in the process of tweaking the Yonge-Eglinton Secondary Plan, a planning document outlining how land must be used in the area. Amendments to design plans drafted as part of the Midtown in Focus study group, accumulated over two years of community consultations and approved in August, will come before the planning and growth management committee in May.

Once approved, the plan is something that can allow the community to be more proactive when it comes to development, says Ward 22 councillor Josh Matlow.

“For far too long the community has had to be reactive to developers’ proposals,” he said. “I would prefer for the city and the community to create the narrative and to tell developers it’s now time that you better fit into our plan.”

Part of what the city approved in August are five designs meant to increase or improve public realm around Yonge and Eglinton.

The designs largely focus on making Yonge and Eglinton more green. The most ambitious is an idea known as the “park street loop”, which would see a closed loop formed by Eglinton Park in the west, heading along Orchardview Boulevard and Roehampton Avenue on the south, wrapping behind the field at Northern Secondary School and back along Broadway Avenue, reconnecting to Eglinton Park.

Other plans including creating eight public squares along Yonge Street from Sherwood Avenue to Soudan Avenue; adding greenery to several small streets in the area as “greenways”; adding greenery to Redpath Avenue for its entire stretch from Erskine Avenue to Manor Road East; and creating the “Eglinton green line”, essentially adding more greenery and widening sidewalks on the north side of Eglinton Avenue East from Yonge Street to Mt Pleasant Road.

During a March 23 community consultation, more than 100 people who packed a room at Northern District Library were overwhelmingly in favour of implementing those ideas. While community members have been involved in planning Yonge and Eglinton’s future since the beginning of the process, the future of the midtown area is also what has been drawing the most concerns.

As developments come in over the next several years the impact intensification could have on the area’s infrastructure, including the hydro grid and water pipes, was a chief concern for local residents.

But the implementation plans for Midtown in Focus are being made with the totality of intensification in mind, not as each development comes in. It is what Paul Farish, a senior planner with the City of Toronto, refers to as “an area-wide approach.”

“This is not done on a site-by-site application (basis),” he said.

Matlow echoed his sentiments, saying that transit and schools are also part of what’s being included in infrastructure discussions.

“We need to ensure that whatever is built here improves the quality of life of residents rather than detracts from it, and ensure there is adequate infrastructure,” he said.

The Midtown in Focus plan, which recently won the national honour in planning and analysis, one of the annual awards of excellence from the Canadian Society of Landscape Architects, is not guaranteed to come to fruition.

Rather, Matlow says, it’s the vision the community will have built for itself such that when developers come knocking there is a mould for them to fit into to enhance the neighbourhood as it develops.

“Rather than just fighting pro-development or anti-development, let’s focus on creating a remarkable neighbourhood for the residents who live here,” he said. 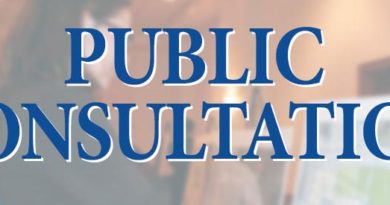 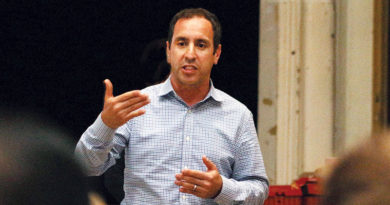