“You cannot have any success unless you can accept failure.”

Moore Park singer Annamaria Eisler, who goes by the stage name Masi, quotes Hungarian film director George Cukor, under the din of coffee shop patrons, and blasts of winter sweeping in through the door.

Those words resonate with her, as she flashes a mischievous smile.

Last May, the Hungarian-born Eisler planned to put on a performance, Hungarians in Hollywood, with pianist and composer Szakcsi Lakatos Bela at the Isabel Bader Theatre. But Szakcsi fell ill and could not travel to Toronto. The show was cancelled.

But those in the business know that the show must go on.

Hungarians in Hollywood is back, as Eisler booked the Papermill Theatre in Todmorden Mills for a March 22 concert.

In place of Szakcsi, who is unable to make this performance as well, will be the Brigham Phillips Trio.

Eisler has previously performed with Brigham Phillips, who is known for his musical direction of tenor John McDermott and is respected for his piano and trumpet playing.

“I am very excited about this because I don’t like to give up,” she admits. “This is so close to my heart that it’s out of the question that I’m not going to do it.

“I waited for the right place, the right time and the right musician. Now, everything has come together.”

She says after she had the musicians lined up the tough spot was finding a venue. But while attending a Hungarian art exhibition at Todmorden Mills one day, she came across the theatre situated in the same building.

That means “As Time Goes By” from the Michael Curtiz film Casablanca, the themes from Spellbound, Moulin Rouge and the music of Miklos Rozsa, Franz Lehar and Franz Liszt will be included.

“What I wanted with this concert is to raise awareness of what these fabulous people did, because they are not just for the Hungarians — it’s for the world,” Eisler says.

She hasn’t forgotten Szakcsi either.

Following the Papermill Theatre performance, Eisler will travel back to Budapest to perform a show with him.

“This is the twist to it: if he cannot come [here], then I will go [there],” she says, the smile returning. 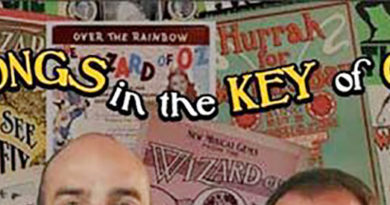 The four steps to a hilarious evening