It’s hard to believe it’s been 10 years since the moving ceremony at Bradgate Arms where we presented Jubilee medals to truly inspiring citizens of St. Paul’s. The Governor General has announced that the 60th anniversary of Her Majesty Queen Elizabeth II’s accession to the Throne will again be celebrated by the awarding of medals.

During the year of celebrations, 60,000 deserving Canadians will be recognized. Here in St. Paul’s we have been asked to select 30 worthy Canadians to receive this honour.

To be eligible for this honour, a person must be a Canadian citizen or a permanent resident of Canada, but need not necessarily reside in Canada; have made a significant contribution to a particular province, territory, region or community within Canada, or an achievement abroad that brings credit to Canada; and be alive on Feb. 6, 2012, the 60th anniversary of Her Majesty’s accession to the Throne.

We are asking you to think of someone who you feel should be honoured in this way. Please send a letter or email to my office. We will convene a jury of recipients of the Order of Canada who will choose the 30 St. Paul’s recipients. We will then submit these to the Governor General’s office. As soon as we know the names of the recipients, we will plan a proper celebration to honour them here in St. Paul’s.

Queen Elizabeth is the Head of State of Canada. Canada is indeed a constitutional monarchy. It is also a representative democracy. Many of us believe the representative nature of our democracy is in urgent need of reform. There are only three countries left in the world who use the First Past the Post system: Canada, USA, UK. All other countries have moved to a more proportional system in which the number of seats in the legislature more fairly represents the popular vote each party has received. Canadians were worried when in 1976, 60 percent of Quebecers had voted for federalist parties and yet the Parti Quebecois ended up with 71 seats of the 118 seats — a significant separatist majority. In 1993, Kim Campbell and the Progressive Conservatives received 16 percent of the vote but only two seats. In 1997, Liberals got 24 percent of the vote in Alberta, but only two seats. Most troubling now is that in May 2011, 60 percent of Canadians voted for parties other than the governing Conservatives, yet the arithmetic in the House and on committees means the testimony of thoughtful witnesses, for example on the crime bill, can be ignored as the government misinterprets its mandate from the people.

On Feb. 19, we will hold a town hall meeting on electoral reform. We’d love you to come and join the discussion with Dave Meslin, Fair Vote Canada, Equal Voice and others passionate about change. Join us at Holy Rosary Parish Hall at 1:30 p.m. for our Parliamentary Clinic (on all issues) and then from 2–4 p.m. for a lively debate on making our democracy more democratic. See you there. 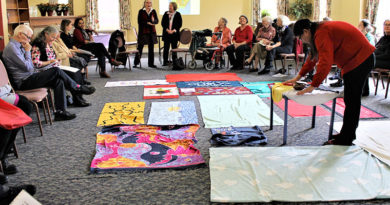 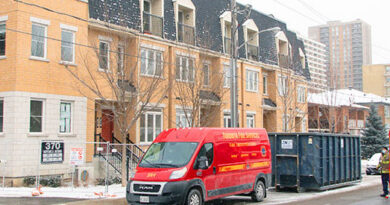