Last month Toronto’s savvy movie-goers chose Silver Linings Playbook for the Blackberry People’s Choice Award. The movie begins with a mother signing her son out of a forensic unit. So far you may wonder how this story can win the hearts and minds of law-abiding Torontonians. But it does. The “criminal” character with mental health issues wins our hearts, as do many of the other characters who also don’t enjoy perfect mental health. Throughout the movie we are rooting for these people. We wish them happiness. We want them to have the supports and loving relationships to get their lives back. We are thrilled at the happy ending.

Put this in stark contrast with the short poignant essay in the September issue of Walrus magazine by Edward Greenspan and Anthony Doob, “The Harper Doctrine: Once a Criminal, Always a Criminal,” which laments, “Canadian governments, both Liberal and Conservative, have agreed that our criminal justice system should help offenders rejoin civil society — until now, for reasons that have nothing to do with reducing crime.”

The opening paragraph reminds us of a statement from a 1993 Progressive Conservative-dominated House of Commons committee report: “If locking up those who violate the law contributed then the United States should be the safest country in the world”.

The article shares some pretty surprising statistics: 250,000 Canadians are found guilty of criminal offences every year; 2.4 million Canadians have criminal records; most youths commit some kind of offence; many adults have driven while impaired or have smoked marijuana. Greenspan and Doob suggest, “Committing crime, then, is not an exceptional activity, and policies based on the notion that ‘once a criminal, always a criminal’ reflect a fundamental misunderstanding.”

I remember, as a member of the Justice Committee over 10 years ago, learning Canada had the lowest recidivism rate in the world. Canada was teaching the world how to design programs so those who get into trouble with the law don’t reoffend. I remember the then chair of the committee asking a “tough on crime” witness, “If in your approach the inmate comes out to a life of crime and in mine he never re-offends, which system creates a safer society?”

Mental health advocates and those of us concerned with the unacceptable incarceration rate of aboriginal people in Canada (80 percent of women in prison in Saskatchewan are aboriginal) don’t believe that prison is an appropriate mental health or housing strategy. It’s also way too expensive. As Greenspan and Doob explain, “Keeping a single inmate in federal penitentiary costs about $117,000 per year; a provincial inmate about $58,000. Money spent on incarceration is money not spent on services (the police, education, public health, and so on) that the evidence suggests would be more effective at reducing crime.”

The recent crime bill will have a mandatory minimum of six months in jail for a young person caught with six marijuana plants. As a mother, as a doctor, as a parliamentarian obsessed with making policy based upon research and evidence, it seems clear that we need to accept that young people will make mistakes and that they should get a chance to turn their lives around. A life-time labelled as a criminal just seems wrong.

So please join us with Professor Anthony Doob to try and find a “silver linings” playbook for crime and justice in Canada.
It takes place on Oct. 14 at 2 p.m. at Christ Church Deer Park, Yonge Street at Heath Street W.

Toronto shines in spotlight as host of famed film festival 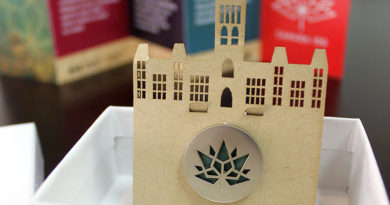