A routine traffic stop has left one man facing more than a minor driving infraction.

In the early evening on Sun., Aug. 21, police officers pulled over 29-year-old Ali Kitchlew for using his cellphone while driving in the Royal York Road and Eglinton Avenue West area.

During the investigation police allegedly smelled marijuana coming from the vehicle.

As they continued to investigate Kitchlew, police discovered he was indeed in possession of a quantity of marijuana — but also had a pistol magazine containing several rounds of ammunition and a flick knife. 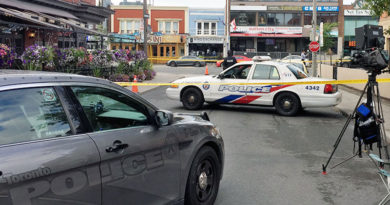