It looks like the Ontario Liberal Party is set to select Ward 17 Toronto District School Board trustee Michael Coteau as its candidate for Don Valley East in this fall’s provincial election.

He will be formally nominated on Aug. 4, said Christine McMillan, vice president of communications for the Ontario Liberal Party. As of press time he is the only Liberal seeking to take over from retiring Grit incumbent David Caplan, who represented Don Valley East for 14 years.

Coteau has been a trustee in the district for eight years and while he has never run for provincial politics, he’s no stranger to the Liberal Party. He’s been a member of both the provincial and federal parties on and off for 20 years, and served as president of the Liberal club while studying at Carleton University.

“I’ve always been supportive of the provincial Liberal Party,” he said. “From an education perspective their policies have always resonated with me.”

In his time as trustee Coteau has been a strong advocate of technology and the environment.

He was interviewed on CNN about a motion he made on introducing digital textbooks into classrooms. And in partnership with the Rouge Valley Conservation Authority, Coteau has held an annual tree-planting event that has seen students plant almost 50,000 trees in five years.

“Issues like that are what have motivated me,” he said. “Having been successful in that arena, I feel there’s a lot of opportunity to bring that same energy to the provincial government.”

The trustee said his experience in the public sector would help him in provincial office, and he pointed out that schools in Don Valley East on average scored 2 to 3 percent higher on standardized tests compared to the rest of the city.

He said if elected, he would work to further increase test scores and reduce dropout rates.

But he acknowledged that adults, too, face challenges in Don Valley East. In a 2006 Statistics Canada census, more than 60 percent of residents were immigrants, and the unemployment rate in 2006 was 8.8 percent.

Coteau said continuing education for adults is a strong example of how the province has attempted to integrate newcomers into the Canadian workforce.

“We have almost 1,000 students that show up to (Georges) Vanier and Woodbine for continuing education,” he said. “That’s the type of community I want to help build.”

He is also in support of the Liberal’s all-day kindergarten initiative. Having grown up in Don Valley East, Coteau said he knows what families are going through. The median family income in the riding is $56,655 — well below the provincial average.

“In this day and age, with both parents out there working, it’s sometimes difficult for families to afford daycare,” he said. “It’s been a big bonus for a lot of families in my area.”

Coteau lives outside the riding just east of Victoria Park Avenue with his wife and two children and is executive director of AlphaPlus, an organization that promotes adult education through the use of technology.

He said once officially nominated, he will ask the Toronto District School Board to stop paying him for his trustee duties, which he plans on still fulfilling during the election campaign.

“I don’t think one should be getting paid by one public office while seeking another,” he said. 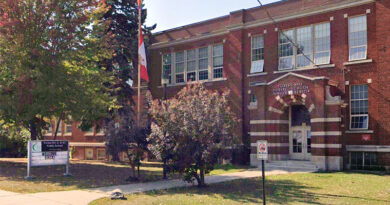