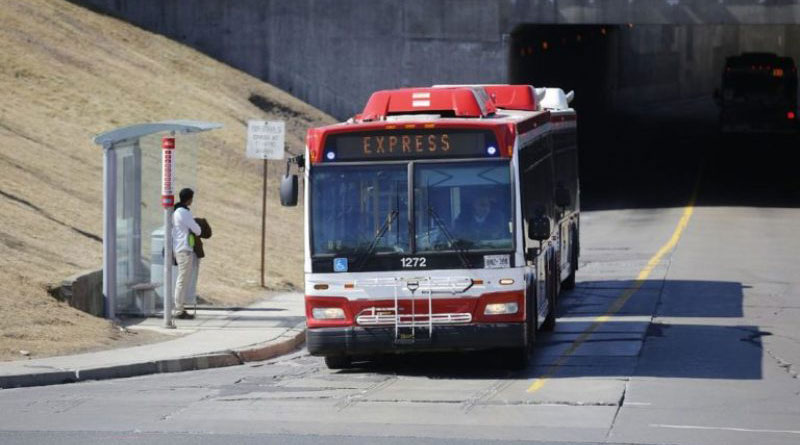 Ten cents may sound like a small price increase for TTC fares but local riders appear unhappy about it.

Mary Hopkins uses the subway to go to work every day but “”I don’t believe this” was her reaction, entering the Pape station, when she heard the news that most fares were going up as of March 1.

“Another fare hike — how is there a fare hike every year but no increase in services?” she said.

University student Sebastian Kamanj was among commuters riders who echoed the disapproval and he predicted more increases were to come in future years.

“Believe me when I tell you this, 10 years from now fares are going to be $5 a person,” Kamanj said.

The TTC has announced all fares except adult cash fares will be increasing in March. This includes PRESTO pay-as-you-go payments and monthly passes.

A subway operator at Coxwell station who refused to give his name said he understands the frustration from the public but the fare hike had to come.

“Unfortunately the TTC needs the income in order to meet the demands of a growing city,” he said. “And in most cases, a fare hike is necessary to achieve this.”

A spokesman for the nonprofit activist group TTCriders criticized the amount of the hike.

This is the ninth TTC fare hike in the past 11 years.

Some riders have taken to Twitter to respond to the TTC’s announcement. Many are complaining the fare hike will disproportionately affect vulnerable and low-income transit users, and are unwarranted without improvements in service.

I certainly agree w/ councillor @m_layton regarding the upward trend of inaffordability to travel re: #TTC hikes. Vulnerable ppl don’t only use cash fare, many depend on monthly passes. For the poor, even a $0.05 increase adds up &affects survivability (+rent/food/etc increases).

If ppl do not see it, #TTC continueS to raise the fare in small increments so that you get used to paying so when it comes to future hikes we will start seeing it go up to $5 or even $10. So far I have not seen any improvements as a rider that would warrant an increase.

According to the TTC, fares will be increasing on March 1. The adult cash fare will remain the same at $3.25, while the cash fare for all other fare types will increase by 10 cents. This also includes PRESTO pay-as-you-go payment. The cost of monthly passes will also be increased across all fare types.

Effective March 1, 2020, most #TTC fares will increase by $0.10, except adult cash fare. Monthly passes and 12 Month passes will also increase. If you would like to cancel your monthly pass, you must do so by February 22. Learn more: https://t.co/IIjbOA4Yl0 pic.twitter.com/nj8cdfb8vR

In December the TTC board approved a fare hike as part of it’s 2020 operating budget .The 10-cent hike will bring in an extra $31-million to cover transit needs including new vehicles, transit upgrades, electrical and signal upgrades, according to the city.

Last year TTC lost approximately $60 million in fare evasion and that prompted TTC to bump up the fares.

Fight's on for TTC's future

OneCity, we hardly knew you